Jack U At Together Ibiza’s 5th Birthday At Amnesia 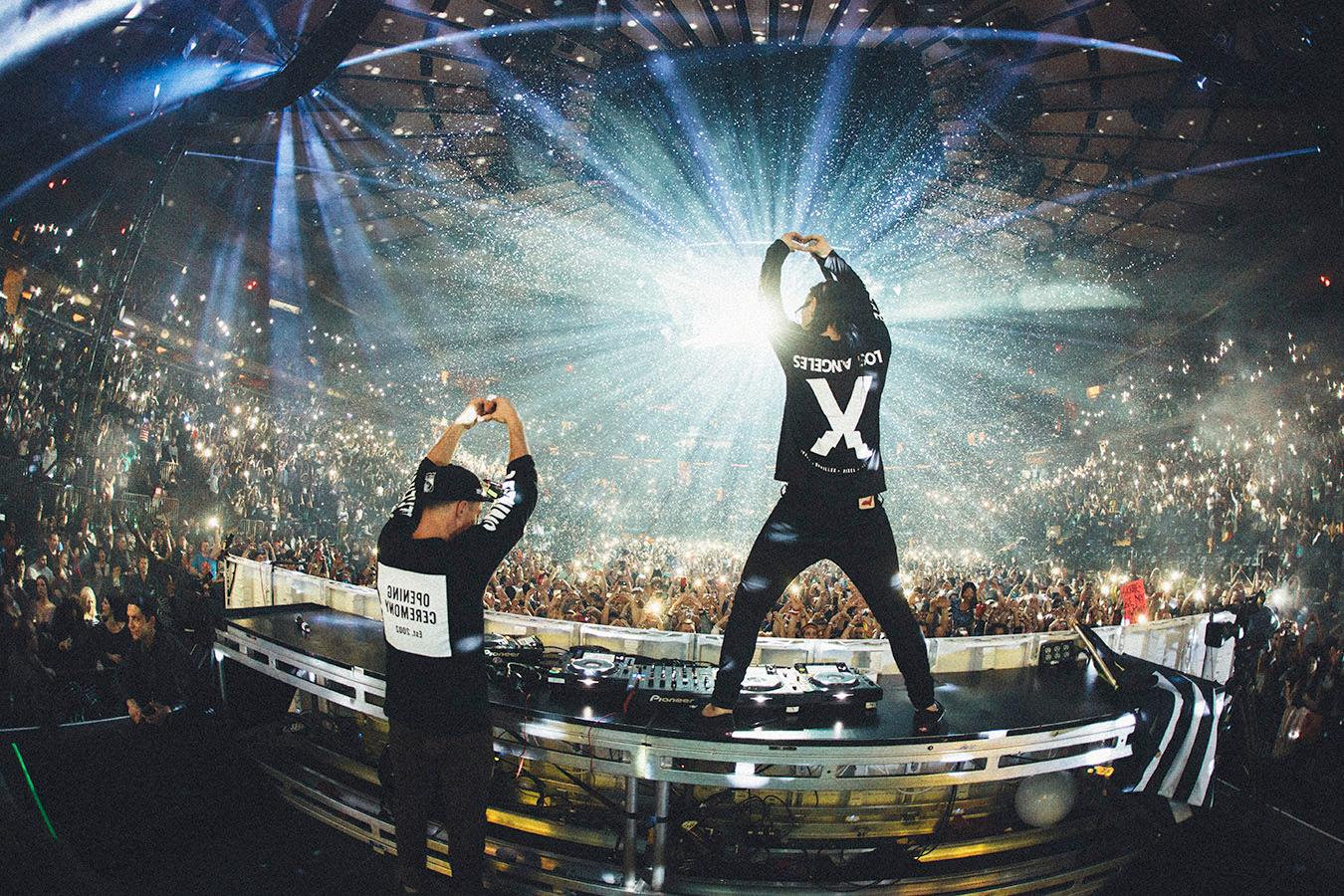 Jack U At Together Ibiza’s 5th Birthday At Amnesia

They were joined by Together summer residents Chase & Status, Gotsome, and Preditah. Defected In The House featured Detroit techno legend Kevin Saunderson on the Terrace with support from Oliver Dollar, Riva Starr and Juan Maclean.

Every summer sees the who’s who of the electronic music scene migrate to Ibiza where the biggest artists in the world rub shoulders with the most exciting and prestigious clubs. Traditionally an island breathing house and techno, therefore a night like Together that demonstrates a more holistic approach to its music policy, wasn’t the done thing on the island. However, since it’s introduction five years ago, the Tuesday night at Amnesia has gone from strength to strength and is producing festival sized line-ups on a weekly basis. From pioneers Chase & Status doing weekly residencies to Hannah Wants exploding onto the scene with a residency at the club last year, the Together brand has truly brought something new to the Ibiza and is certainly not planning on slowing down

With the festival-themed ethos, Together has been delivering some mind-blowing line ups with the likes of bass superstars Chase & Status, Sigma, Sub Focus, Wilkinson in the main room and seminal house brand Defected In The House bringing the best in house music to the terrace with MK, Gorgon City, Hannah Wants and Julio Bashmore all featuring in the first 7 events of the summer.

However, they have truly pulled it out of the bag with the announcement that super group JACK U headlined their birthday celebrations on 25th August. Skirllex and Diplo, both titans in the electronic music scene have masterminded their alias JACK U into a global phenomenon. From #1 hits around the world to selling out Madison Square Garden for NYE 2014, the duo is well on the way to global domination. With them only performing once before in Europe and this performance being first time ever on the white island, the anticipation levels were at their highest point for the arrival of the super act.

Joining them were none other than summer residents and global superstars Chase & Status. Their return to the colossal main room of Amnesia has been nothing short of magical with the duo demonstrating why they have and will continue to push the boundaries in the dance music scene.  Whilst the main room was filled with explosive sounds and heart-wrenching baselines, Defected In The House were doing what they do best and curating a line up any house music lover will crave for. Detroit techno and house legend Kevin Saunderson took centre stage at the temple that is The Terrace and made his 2015 Amnesia debut. Supporting him was man of the moment Oliver Dollar who has seen a rapid rise to the forefront of house music with the Amsterdam local receiving many plaudits. Completing this massive line up were Riva Starr, Juan Maclean, Preditah and main room residents Gotsome. Come play. Come Together.

Jack U (aka Skrillex and Diplo) began 2015 with a sell-out Madison Square Garden NYE show, and have since hit No.1 across the world. They’ve only performed once before in Europe and this was their first time ever in Ibiza.