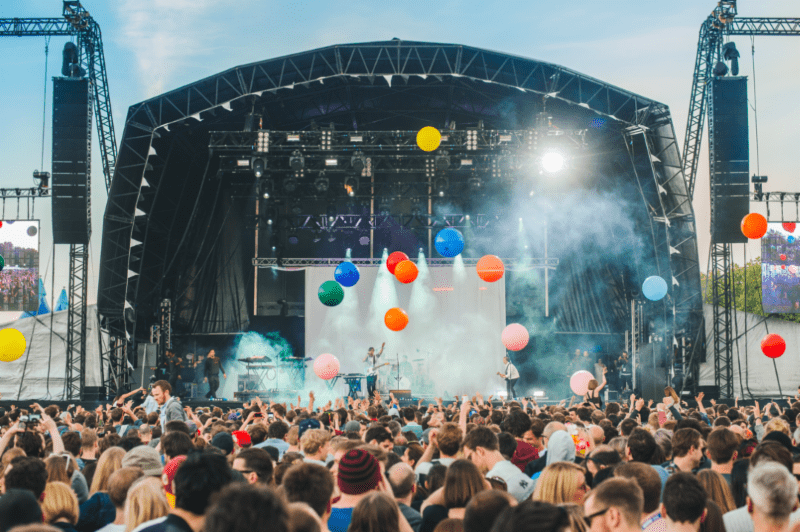 Field Day are thrilled to welcome award-winning artist, producer, songwriter, and vocalist James Blake who will be headlining the main stage on Saturday 11th June. James released his groundbreaking and universally acclaimed Mercury nominated eponymous debut album in 2011, and Mercury winning second album Overgrown in 2013, as well as being nominated for a Grammy and multiple BRIT awards. He has toured the world and performed on stages ranging from Glastonbury to the Sydney Opera House to Japan's Fuji Rock Festival. His musical output has seen him collaborate with artists as diverse as Bon Iver, RZA & Brian Eno. James also forms part of the 1-800 DINOSAUR collective, maintaining his underground roots with the label and club night and residency on BBC Radio 1, showcasing forward thinking new talent as well as previewing unreleased material from James himself.

Joining James Blake this Field Day Saturday will be Roots Manuva, an artist who has long been hailed as the leading light in UK hip-hop. Recent album Bleeds released at the end of last year included collaborations with Adrian Sherwood, With You, and young British producer Fred, solidifying Roots Manuva's position amongst the most forward thinking in the business.

Also on board this Field Day Saturday will be Fakear, the brightest star of France's electronic new wave: a young producer whose music sits somewhere on the axis linking Jamie XX, Bonobo and Daft Punk. His globally attuned style combines deep, European house heritage with the sonic textures of the UK and American electronic undergrounds.

Rejjie Snow has been rhyming since he was just a kid in Dublin. After moving to Georgia at 17 on a soccer scholarship, he decided to pursue music instead and dropped his experimental first mixtape, Rejovich. The EP introduced the world to his surreal style and villainous eloquence, quickly amassing over 6.4 million plays, whilst his official video clip for 'All Around the World' starring Lily-Rose Depp has  over 1 million Youtube views.

Field Day are excited to announce Brighton quintet Fickle Friends, who spent most of 2014 whipping the UK blogosphere into a frenzy. Their debut single SWIM amassed nearly a million plays on Soundcloud and quickly propelled the band to the forefront of up and coming British pop acts. Fronted by singer Natassja Shiner, the band's joyous synth-pop gained plays from BBC Introducing, Huw Stephens, Zane Lowe and even Billboard in the US championing the band.

Hailed by The Fader as 'Britain's most recent new hope in hip hop', Loyle Carner, the 20 year old MC from South London has been causing quite a stir following the release of his debut 'A Little Late' EP in September of 2015, he'll be on board this Field Day Saturday along with Danny L Harle, one of the key players in innovative London label PC Music.

Dilly Dally, the four piece band from Toronto was set up by friends Katie Monks and Liz Balls, with a sister-like bond, the pair shared a common love of legendary bands like previous Field Day headliners The Pixies, scrawling lyrics and poetry to mimic their heroes. Nimmo will also play this Field Day Saturday, a unique electronic five-piece whose nocturnal escapism can be traced back to a decade-long friendship. Lives lived in parallel lend their lyrics a confessional air, whilst the blend of unfaltering dance beats, punk roots and euphoric harmonies are the result of intimate, unguarded experimentation.