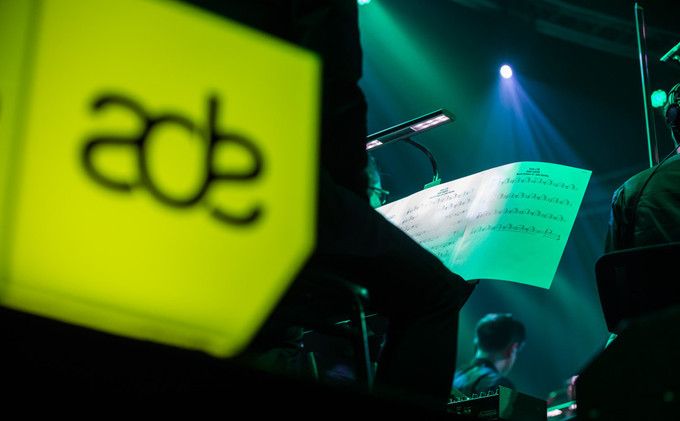 This year’s Amsterdam Dance Event (ADE) will open with ‘Jameszoo & Metropole Orkest – Fool’, a collaboration between Dutch DJ/producer Jameszoo and the world’s leading non-classical orchestra Metropole Orkest. The event will take place in the Melkweg on October 18. Tickets are now on sale.

Following up on last year’s successful collaboration with Henrik Schwarz the Grammy-award winning Metropole Orkest returns to the Melkweg on Wednesday October 18, for an evening with Dutch artist Jameszoo. During the opening night of the Amsterdam Dance Event (ADE), an initiative of Buma, the Metropole Orkest wants to take on the challenge to translate the ‘uninhabited computer jazz’, as Jameszoo likes to call his work, to an acoustic setting, resulting in a live experience of unique sounding experimental electronic music.

Metropole Orkest chief conductor Jules Buckley explains: "This collaboration between Jameszoo and Metropole Orkest for ADE just feels right. Jameszoo is an incredible artist, making a fresh statement right now internationally and I feel the combination of his compositions from Fool, reworked and presented uniquely with Metropole this autumn, is sure to lay down a marker or two".

Jameszoo, real name Mitchel van Dinther, adds: ''When ADE and Metropole Orkest approached me I was flattered to say the least. I'm excited to see how 'Fool' will blossom. The Metropole is a very special and dynamic Orchestra extremely capable when in mr Buckley's hands. I've never found peace in thinking the album was finished, so I’m very lucky to transform it once more.''

About Jameszoo
Jameszoo, real name Mitchel van Dinther, emerged from the small town of Den Bosch in the southern Netherlands in the late 2000s. First as a DJ – with wide-ranging crates of avant-garde jazz, prog and kraut rock, electronic experiments, and beat oddities – and then as a producer capable of impressive sonic and rhythmic incongruities. Van Dinther released his debut album “Fool” in 2016 via Brainfeeder and is set to release a his second EP “Flake”. Van Dinther was rewarded for his adventurous attitude in the studio by Gilles Peterson who bestowed upon him the “John Peel Play More Jazz” Award at the Worldwide Awards 2017.

About Metropole Orkest
Since its foundation in 1945 the Metropole Orkest has reached millions of people around the world and has been honoured with many international awards, including an Oscar as well as multiple Grammy Awards. Most recently it received a Grammy for its project Sylva with Snarky Puppy.

Renowned for its wide-ranging abilities, Metropole Orkest is a non-classical orchestra that plays all styles from pop and jazz, to world music and film scores. The orchestra has had the privilege to work with great artists like Cécile McLorin Salvant, Robert Glasper Experiment, Junkie XL, Laura Mvula, Snarky Puppy, Basement Jaxx, Tori Amos and Squarepusher. The orchestra is a regular guest at (inter)national festivals like the North Sea Jazz Festival, BBC Proms, Robeco Summer Nights, Amsterdam Dance Event and Musikfest Bremen.