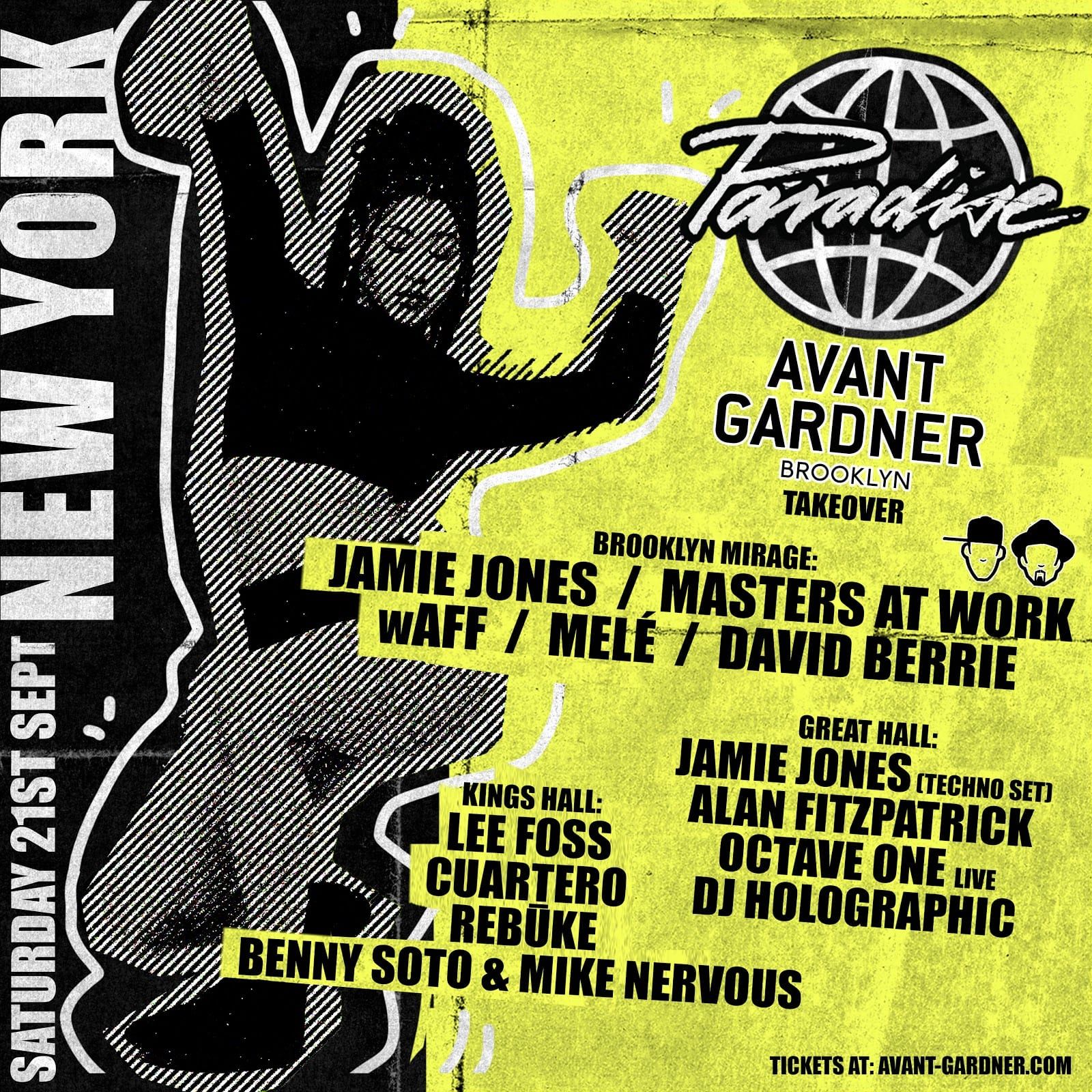 In the midst of its eighth Ibiza season at DC-10, Jamie Jones’ world renowned event series Paradise returns to Brooklyn on Saturday, September 21 from 6pm-4:30am to close out the summer for its only New York event of 2019. Featuring one of the event series’ biggest takeovers to date with three stages of musical programming, the day-into-night event will see a heavyweight lineup of beloved Paradise regulars and exciting new debuts from house and techno’s finest DJs. Handpicked by Jamie Jones, Masters at Work, Lee Foss, Alan Fitzpatrick, Octave One (live), wAFF, Cuartero, Rebūke, and more will play across The Brooklyn Mirage, The Great Hall, and The Kings Hall at Avant Gardner. As Jamie Jones’ only New York appearance in 2019, the globe-trotting artist will up the ante with a rare, second ‘techno only’ set in The Great Hall. A globally in-demand party series that has regular sold out events at Amsterdam Dance Event, Barcelona’s Off Week, The BPM Festival, Miami Music Week, and Tomorrowland, Paradise New York is not to be missed.

A DJ, producer, label head, and event curator, Jamie Jones is regarded as one of dance music’s most influential house music heroes. Playing two solo sets in one night for the first time in New York, the Hot Creations co-founder will treat attendees to one of his infectious sets outdoors in The Brooklyn Mirage and a special late night ‘techno only’ set inside The Great Hall. Making their first New York appearance since 2015, legendary DJ/producer duo Masters at Work (Louie Vega and Kenny Dope) will make their Avant Gardner debut along with Detroit’s iconic live techno duo, Octave One, making their Paradise debut. Also playing in The Brooklyn Mirage will be U.K. stalwarts wAFF and Melé and New York’s own David Berrie. Leading The Kings Hall, longtime Jamie Jones collaborator and Hot Natured bandmate, Lee Foss returns to Avant Gardner with Spain’s Cuartero, rising star Rebūke, and local favorites Benny Soto and Mike Nervous. Bringing his hammering techno rhythms, Alan Fitzpatrick will join the lineup in The Great Hall together with New York-based funk house artist, DJ Holographic.

Synonymous with Ibiza nightlife over the past decade, Paradise, originally inspired by Larry Levan’s legendary Paradise Garage parties, is one of the longest active residencies on the White Isle. Running for seventeen consecutive weeks in 2019, over 65,000 underground dance music aficionados will attend Paradise in its Spanish home at DC-10 with Jamie Jones and top names across house and techno. With carefully selected event appearances around the world, Brooklyn’s Avant Gardner complex boasts a custom KV2 sound system and an impressive array of 3-D video projection mapping complemented by stunning lighting production throughout, a perfect setting for Paradise’s biggest event in the United States.

Advance tickets are on sale now while supplies last on Resident Advisor! 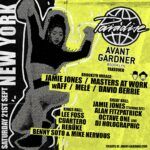