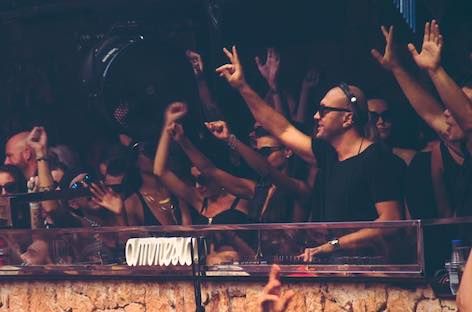 Most of the artists playing Marco Carola's Music On Ibiza residency in 2017 have been announced.

Leading the pack are yearly regulars Jamie Jones and The Martinez Brothers, who will play one show each on June 30th and September 15th respectively. Apollonia return with five slots, and there are debuts for Claude VonStroke, Derrick May, Lauren Lane, Felix Da Housecat and John Acquaviva. Other confirmed acts include Miss Kittin, Paco Osuna and Nicole Moudaber. Carola will headline every week.

Music On, which takes place on Fridays at Amnesia, will run for 21 weeks this summer, starting with two pre-opening events on May 19th and 26th. The official opening will go down on June 2nd, with the closing scheduled for October 6th.