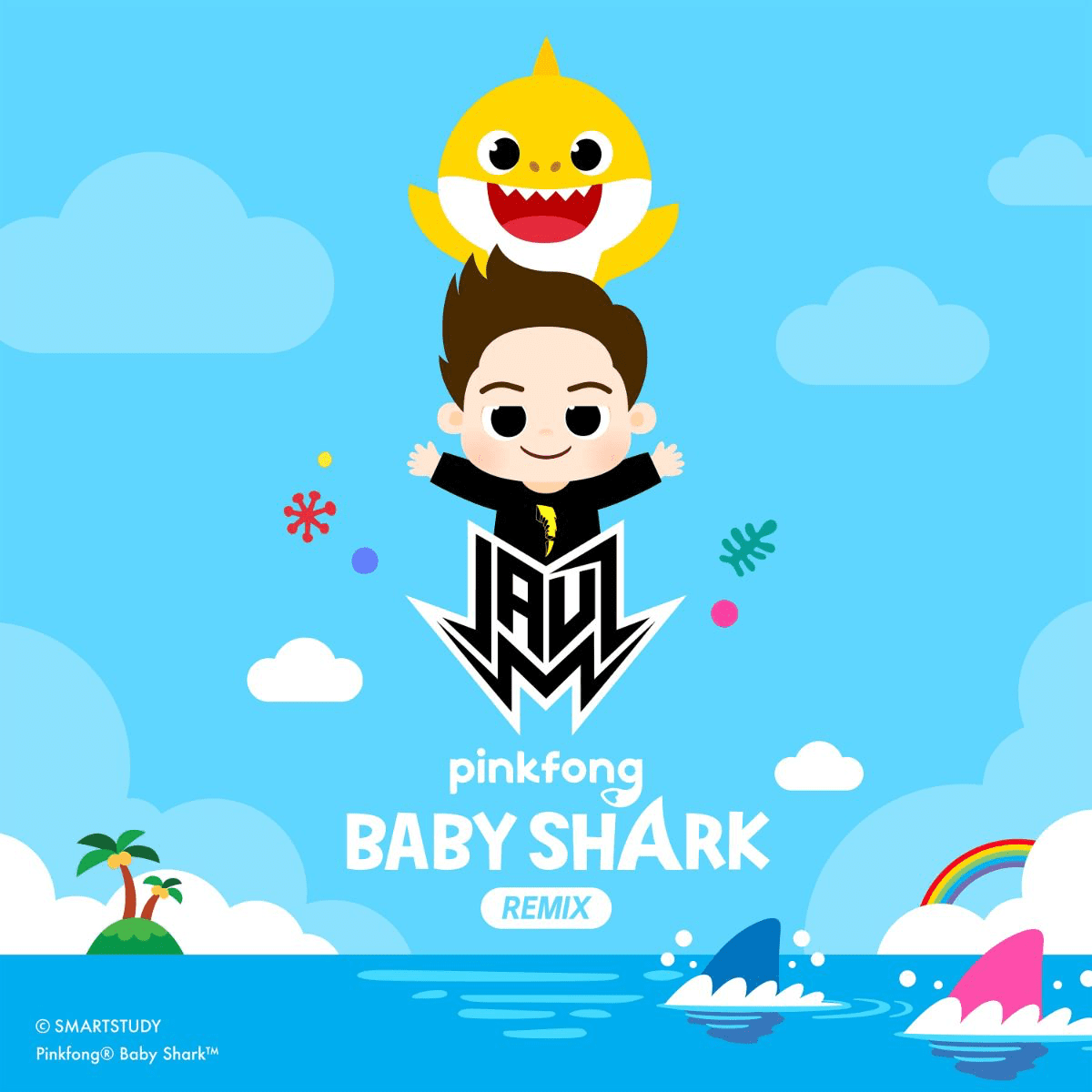 Esteemed US DJ and producer Jauz has delivered his official remix of Pinkfong’s viral hit ‘Baby Shark’, out now via Pinkfong/Relentless/Sony Music.

Adding not one but two momentous drops, alarming sirens and a bass-heavy breakdown, Jauzsuccessfully transforms one of the world’s most recognisable children’s songs into a high-energy, electronic hit. Pinkfong’s collaboration with Jauz is the first of its kind for the children’s educational brand.

“We’re very excited to announce our latest collaboration with Jauz. Jauz did an incredible job on making the remix, and we hope children, families, and music fans of all generations enjoy the new song,” declared Pinkfong.

With the ‘Baby Shark’ dancing video officially the 9th most viewed video in YouTube history, Jauzreceived an onslaught of requests from fans to remix the viral sensation. Last year the ‘Bite This!’ label boss succumbed to the demands of his fans and posted a now famed tweet, claiming he would finally remix the iconic children’s tune if he received 20,000 retweets. Within 48 hours, Jauz’s tweet went viral and he was locked in for the remix.

“I was definitely more than shocked at the response I got, the tweet I posted asked for what I thought was a really lofty goal of 20,000 likes on the tweet, and within a few hours, I think it had surpassed 22,000 without breaking a sweat,” Jauz explains.

“After that, I knew I had signed an unwritten contract between myself and my fans to make it happen. To take a song like ‘Baby Shark’, something that is so universally known by infants all the way to grandparents all over the planet and turn it into something of my own was a huge task.”

With a key slot at Coachella earlier this year, Jauz decided to give the crowd a sneak peek of his ‘Baby Shark’ remix, expertly mixing it into seminal dance classic ‘Sandstorm’ by Darude. The surreal blend of tracks became one of the festival’s biggest moments – online and offline.

Poised for a stacked summer tour, Jauz is gearing up to play shows on both sides of the Atlantic in the coming months, including his new residency at KAOS Palms Casino Resort in Las Vegas, as well as highly-anticipated appearances at SW4 and Creamfields in the UK,  Beats for Love in the Czech Republic and Pukkelpop in Belgium.

A captivating electronic hit for the whole family, Jauz’ rework of ‘Baby Shark’ brings a new wave of energy to the already viral global sensation.