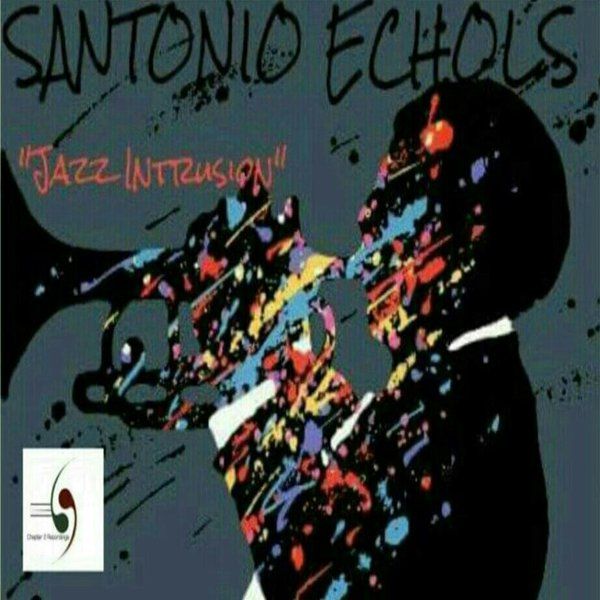 Talented DJ and producer Santonio Echols is set to continue his ongoing streak of quality releases. Having recently put his signature on two outstanding projects: ‘Soul Invasion’ and a remix of God Of The Machine’s ‘Warpaint’, he is now back to form with ‘Jazz Intrusion’, released on Traxsource on the 12th of October, 2015.

Based in Detroit, Santonio Echols is one of the first generation of Techno producers to emerge from his hometown in the 80s and he’s continuously been a worldwide ambassador for Detroit style Techno and House. With a marvellous career spanning over the last 28 years, Santonio Echols has attracted the attention of world class labels, including: Tresor, Detroit Dancer, London FFrr, KMS, Decks Tracks, Opilec Music, React Records, Serious Grooves, D Records, Soiree Records, Random Noise Recordings, M.I.D Records, Express Records, Siren, Chapter 2 Recordings and Jambalay Records to name a few.

Characterised by Detroit House and Jazz flavours, ‘Jazz Intrusion’ kicks off with a heavy House infused groove, adding vocal effects to spice up the melodic side of things. A mesmerising synth arrangement and percussive beats are introduced, whilst the track gains momentum, adding a new dimension to the production. Jazz inspired brass melodies are added into the mix for a soulful feel, whilst deep bass-lines bless the lower end of the frequency spectrum. Santonio Echols devises a range of variations of the main sections within his single, creating different vibes and taking full control over dynamic and energy levels.

Santonio Echols’ freshest wonder ‘Jazz Intrusion’ is another of his remarkable additions to Chapter 2 Recordings’ growing catalogue. Santonio has already contributed numerous productions to the Chapter 2 imprint, including: ‘Dela vs Dela’, ‘Elena’s Groove’, ‘Maria’s Love Track’, ‘F.D.M (Funky Dance Music)’, ‘Grace’, ‘Holy Ghost / 3rd Demension / Twiology’ and ‘Soul Invasion’. He is quickly establishing himself as a central figure within the Chapter 2 Recordings family, amongst other key names like: None, Duane Evans and Mike Anderson. The team-up between Santonio Echols and Chapter 2 Recordings is certainly proving to be a fruitful one and there is surely much more yet to come in the months ahead.