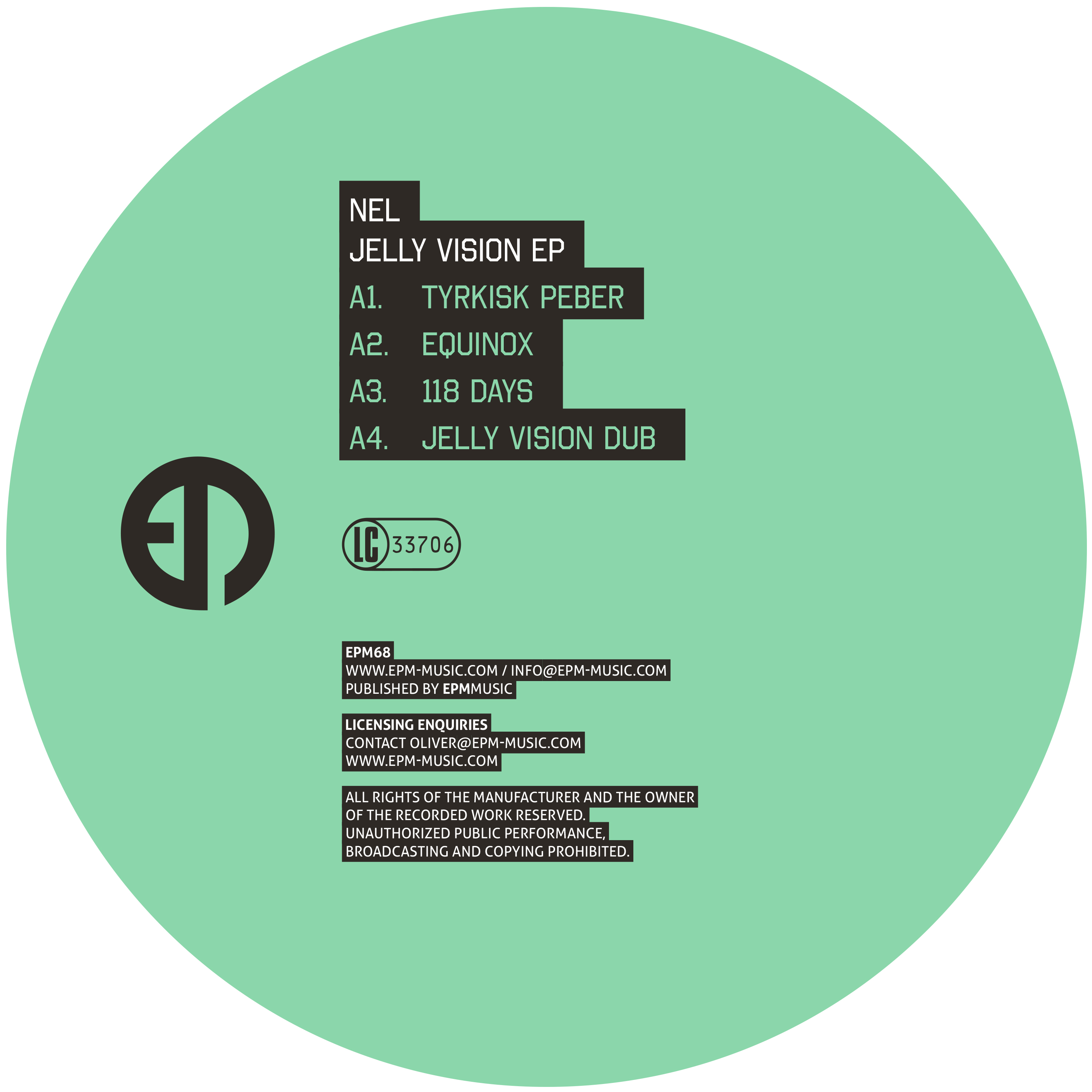 Cristian Vogel reprises his NEL pseudonym for a second EP on EPMmusic to follow ‘Gaussi Fighter EP’ at the start of the year.

His studio work as NEL is a departure from his more experimental album and sound design compositions and while these will continue, NEL tracks bear a closer resemblance to Cristian’s earlier production style, delivering tougher beats and rhythmic textures primarily using Modular synths in a hands on, improvised live-to-tape process.

His ‘Jelly Vision EP’ opens with the statically charged ‘Tyrkisk Peber’, hot and peppery like it’s sweet namesake.  Then, like a dawn awakening, the beat-driven ‘Equinox’ follows, while its deepness is juxtaposed by the shimmering brightness of ‘118 Days’.  The EP ends with the hypnotic ‘Jelly Vision Dub’ and its penetrative sonic frequencies, to close another stunning EP from this masterful producer.