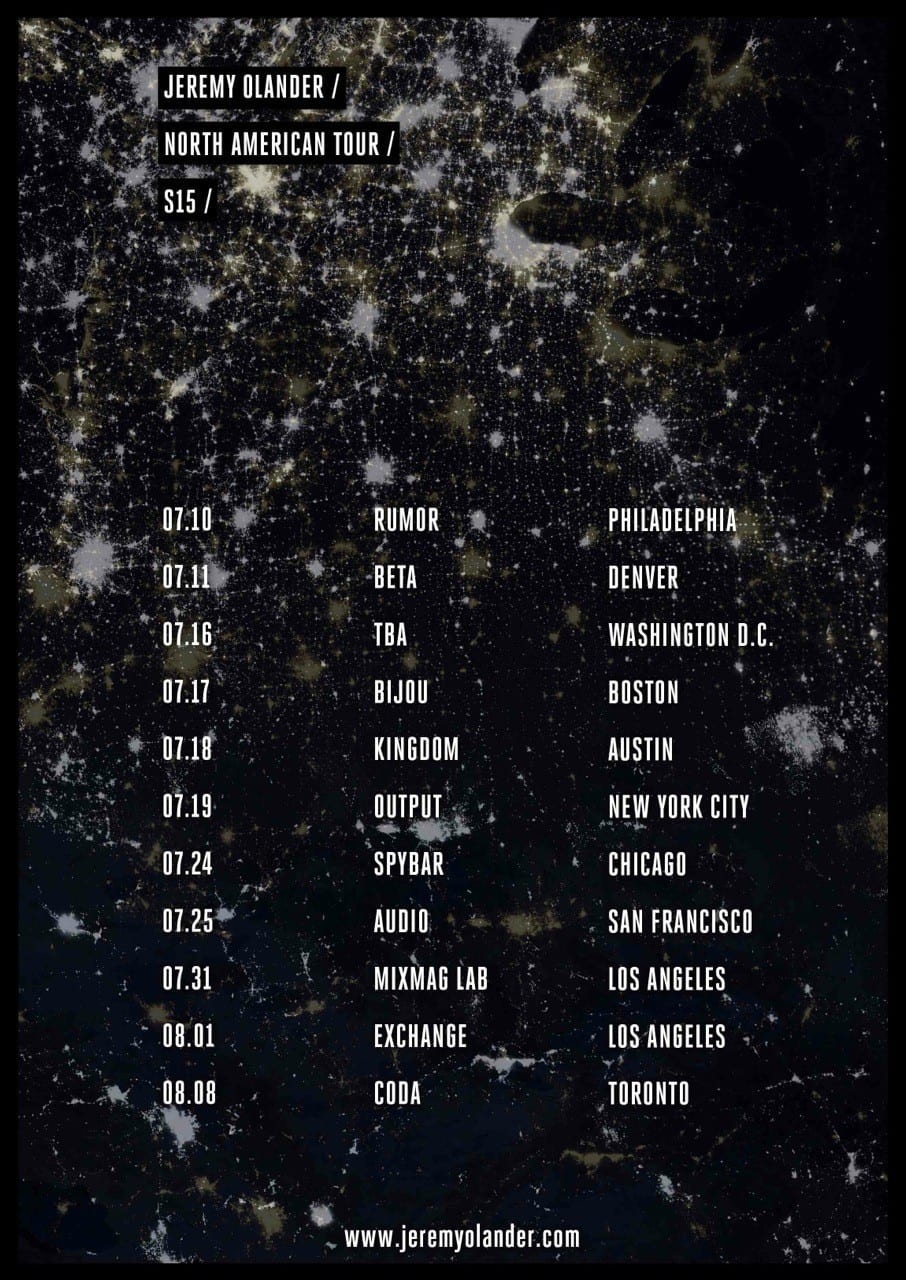 Not even at the halfway mark of 2015, and Swedish standout Jeremy Olander has already accomplished an impressive list of feats.

Starting the year off with a celebrated BBC Radio 1 Essential mix alongside Eric Prydz that’s already touted as one the year’s best, a touring schedule that has taken him across Europe, North America and Asia, a Beatport chart topping release on microCastle via the Goliath EP, as well as putting on the inaugural lo-fi show in his hometown – 2015 is on track to become his most productive yet.

Showing no sign of slowing down, the 27-year old is now announcing a new set of North American tour dates that will have him grace the decks at premiere venues in the likes of Brooklyn’s Output, Denver’s Beta and Los Angeles’ Exchange to name a few. In addition, he’s taking one step closer towards the launch of his own label imprint by revealing its name; Vivrant.

Olander says: “I’m at the stage where I want to have my own thing. A place where I can help other artists release their music as well as my own stuff and just build the whole operation from the ground up. There aren’t many other artist that are in the same position as me in terms of sound and being in the middle of the spectrum makes it hard for me to find a good label to call home sometimes. Even though Pryda has historically been one of few that would accommodate the void for what lies in between underground and commercial accessibility, it’s time for me to carve out my own lane.”

Fresh off the premiere of his lo-fi show that took place at a defunct Stockholm bomb shelter just weeks ago, Olander has now made his full set recording from the night available on his Soundcloud to let fans around know what they’re in store for when he takes the concept on the road later in the year. Approaching almost 4 hours in duration, the set is a true musical journey through the Swede’s trademark deep, atmospheric progressive house and banging, drum-oriented techno that its lenght still leaves you longing for more.

Full 4 hour lo-fi set recording is available for streaming and download on http://bit.ly/full-lo-fi-sthlm