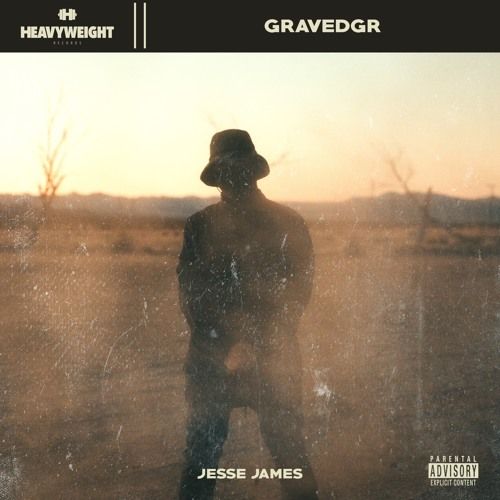 Following the release of his popular track "RAMPAGE," GRAVEDGR continues his sonic destruction with "JESSE JAMES," out on Carnage's Heavyweight Records. Appropriately named for the infamous doomed outlaw, "JESSE JAMES" is an unrelenting hardstyle track with stabbing synths and Western-inspired, plucking instrumentals that all build into a vicious drop sequence. True to GRAVEDGR's sound, "JESSE JAMES" is not for the faint of heart, but will be a bone-shaking delight to bass and hardstyle fiends. GRAVEDGR's success with "RAMPAGE" bodes well for this new release: "RAMPAGE" amassed over 1M streams in the first two weeks after its release, secured the #8 spot on Spotify's Global Viral 50, and was featured on Spotify "Mint" playlist cover. The masked maniac is playing his first headlining show in Los Angeles at the El Rey Theatre on July 19th, so catch him if you can. If this is any indication of what's ahead for GRAVEDGR, we can't wait to see what's next.

Take one look at GRAVEDGR and it's easy to see where his name comes from – constantly donning black attire and his signature face mask, it's no surprise that his day job is literally digging graves. All the time spent contemplating morality must have inspired his musical sound, which can be summed up as simultaneously scary, melodic and hard. This mysterious character seems to have a knack for creating catchy music that always works the crowd into a frenzy, and the release of "RAMPAGE" and now "JESSE JAMES" on the notorious Carnage's Heavyweight Records, GRAVEDGR is already establishing himself as one to watch. Stay tuned for the next sinister tune coming soon from this nefarious new producer.