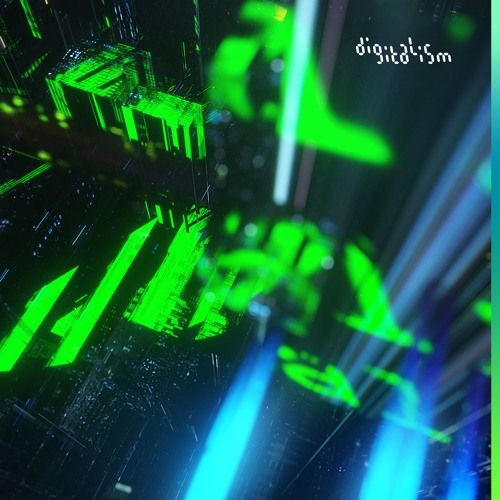 Fresh off the back of previous release ‘Spektrum’, the first track to be taken from the EP, the  Hamburg duo showcase their signature electronica sound across the release, building layers of  high-tempo synth-tones across brooding opening chords. With a mid-track drop into faded  silence, the track slowly builds again, utilising instrumental sounds and deep horns, creating a  soundtrack-like swell that dips deep deep into core of Digitalism .

Starting their career in 2001, producing vibrant live sets, the Digitalism boys soon signed to  Kitsune, with their release ‘ Zdarlight’ still acting as one of their most famed to this day.  Following up the release with ‘Jupiter Room’ from their ‘Idealism’ album, Digitalism soon became synonymous with their unique and original electronic productions, a crossover sound  with roots found in both indie and techno.

The album, now celebrating a decade since release, became an instant classic in the indie  electro scene, establishing Digitalism as one of the biggest acts in the genre, alongside notable  acts such as Simian Mobile Disco, Justice, and Boys Noize.  Their 2011 track ‘ Blitz’, taken from the ‘ I Love You, Dude’ album has so far amassed over 7  million Spotify streams whilst 2016 album ‘ Mirage’ birthed popular track ‘ Destination  Breakdown’, which later went on to receive remix treatments from the likes of Gerd Janson  and Alex Gopher.

With ‘JET’ embodying the unique sounds of Jens and Ismail, and on this occasion – the  drumming skills of Mixhell ’s Igor Cavalera, the release demonstrates their continued innovation  and ever-evolving sound over the course of the past decade.

Following up to ‘Spektrum’,  Digitalism ’s forthcoming EP ‘5KY11GHT’ looks set to be met with high acclaim, with the release showcasing the dynamism and diversity of the talented German duo.