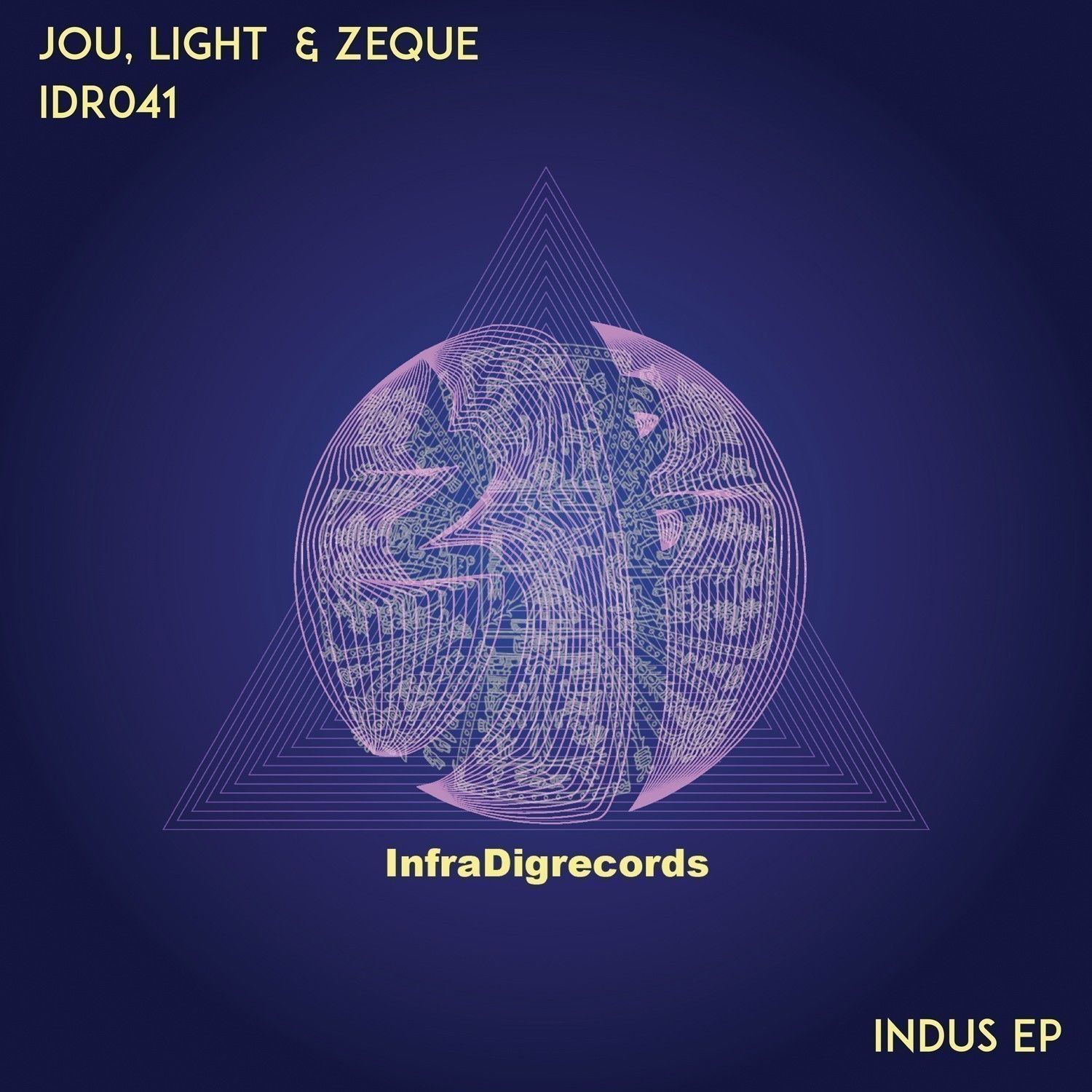 After a superb release from Genetikal Twins & Dubwell back in April, InfraDigrecords now turns to to its label heads for the next release in the form of the ‘Indus EP’ by Jonathan Jou, Light IDR and Zeque.

Light IDR has been active on the scene for 26 years and is a true pioneer in the Mexican scene, whilst Jonathan Jou is adept at crafting house, techno, downbeat stuff and plenty in between and Matias Zeque comes from a big musical background and a family full of musicians. After working together for fun, the trio is now seriously on with making waves on a range of labels worldwide.

The collective first serve up ‘Shaula’, a slow paced house track with elastic grooves and languorous drums coloured with squelchy alien sounds, abstract little hooks and an industrial sense of late night desolation. A male vocal adds a ghoulish and spooky air to the track making for a really evocative piece as a result.

Next up, ‘Cosmo’ ups the ante a little with slick tech beats and various eco systems of little sonic details, drifting clouds and yawning synths. It’s future sounding music that as well as coming with an inviting groove also offers plenty of stuff in which the mind can get lost.

Lastly, ‘Electronic Pulse’ is a broken beat and more experimental affair with deep space atmospherics, glitchy perc and more rumbling bass. Adding to the sense of cosmic exploration are the twinkly melodies and heavily reverb spoken word snippets that make for a keenly otherworldly soundtrack.

Infradig’s label bosses have stepped out with a superb release that should further put both them and the imprint on the musical map.