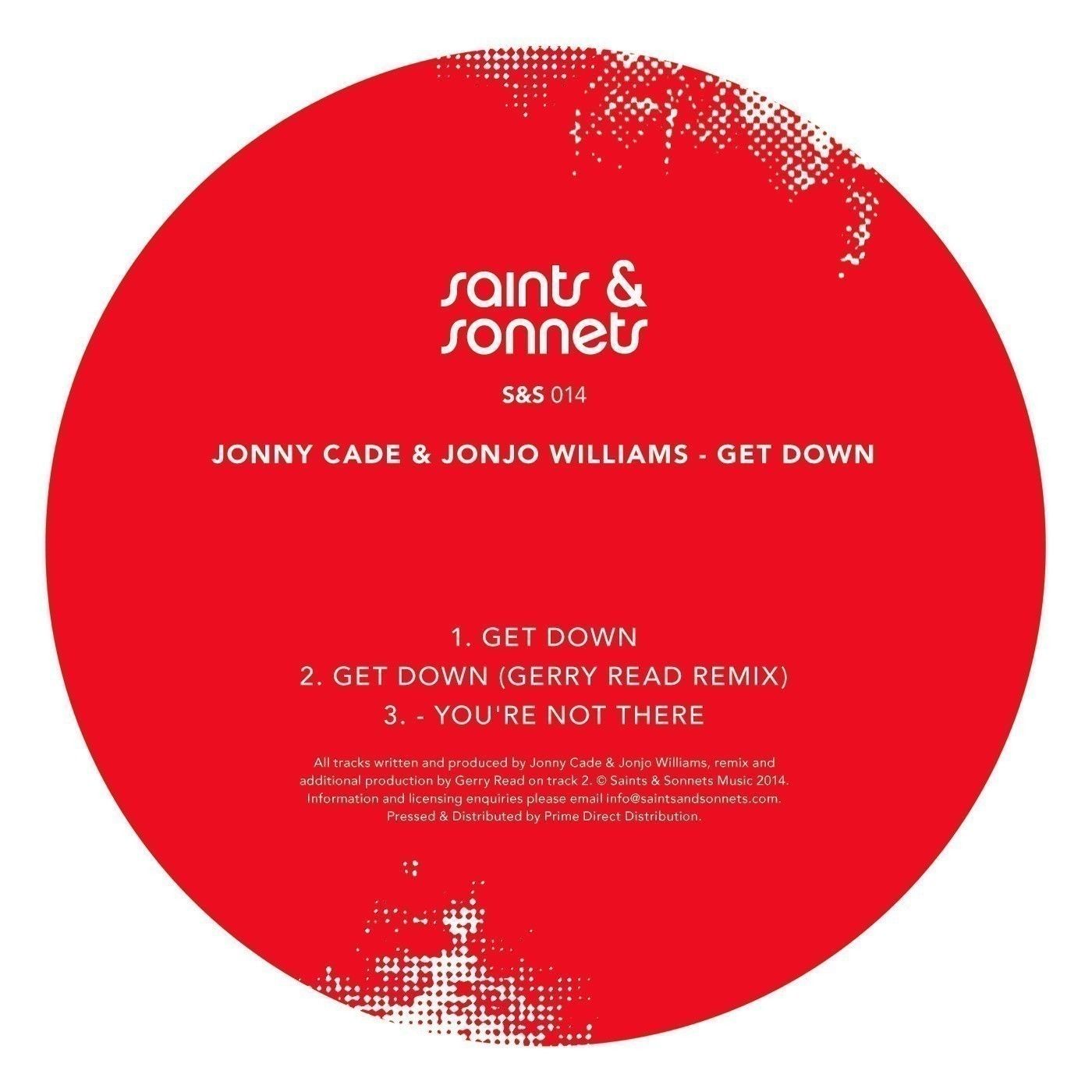 Jonny Cade & Jonjo Williams pair up for a collaborative EP entitled ‘Get Down’ this September, set for release via the Saints & Sonnets imprint.

Rising British producer Jonny Cade’s career has been gradually blossoming over the past few years with material surfacing on reputable imprints such as 2020Vision, ALiVE and Kolour Recordings. While collaborative artist here, Jonjo Williams, recently dropped his debut solo release via San Diego’s Desert Hearts Records, although previously released an EP alongside Cade as Noamryder via Loco Records. With this release we see the pair slot into the Saints & Sonnets roster, following recent output from Artifact, Jabru and Three Bar.

The EP opens up with the original mix of title cut ‘Get Down’, a raw, energetic workout fuelled by penetrative rhythms and tension building vocal snippets, while gritty low-end stabs, bell chime melodies and hypnotic acid licks add a frenzied energy to the feel of the composition.

Delsin’s Gerry Read steps up to reshape ‘Get Down’ next, pulling back the vibe with stripped analogue drums fused with organic percussive textures, while drawn out sub hits and a saw-wave bass stabs are subtly tweaked and modulated over the records six-minute duration, resulting in an understated take on the original number.

The package is then closed with ‘You’re Not There’, a classy, deeper offering from the duo which sees the pair cleverly multi-layer bright rhodes licks, punchy organ hits and evolving string melodies to create a warm and cosseting vibe, while the processed vocal lines, swinging drums and murky bass hook carry the infectious groove throughout.