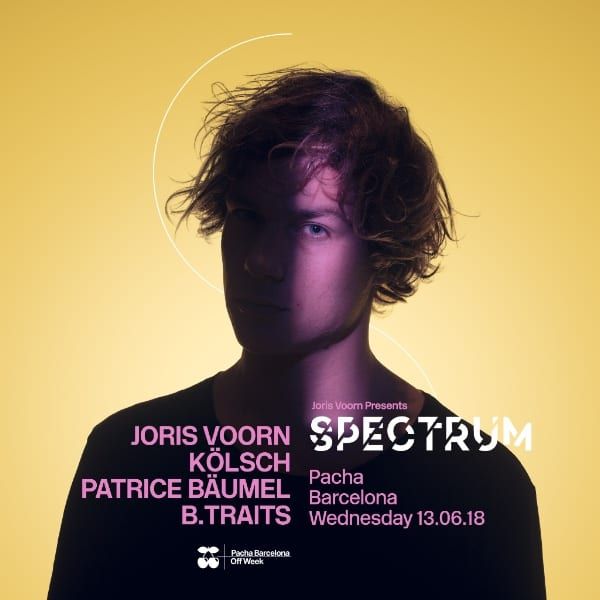 Joris Voorn’s Specturm concept has been going from strength to strength, with parties so far at ADE, as part of Awakenings and in other cities including  London, Paris, Manchester and Miami — plus the acclaimed radio shows and photography series that run alongside them. Now comes the news of a very special Spectrum party for Off Week in Barcelona.

Taking place at the illustrious Pacha on Wednesday 13 June, Joris invites an all-star cast to play alongside him at this special event.

Danish hero Kölsch has been one of techno’s biggest sensations in recent years, with last year’s 1989 album completing an immense trilogy of records for the mighty KOMPAKT. His epic, brooding sound blends musicality with machine energy more potently than pretty much anyone else.

Patrice Bäumel’s star has been rapidly ascending over the past couple of years, building on his reputation as a key part of Amsterdam’s underground from his residency at the beloved Trouw. He now stands at the vanguard of progressive and melodic techno, topping Beatport charts with his stunning remixes.

B. Traits’ BBC Radio 1 show makes her one of the most influential names in techno, and now with her recently launched IN TOTO label she looks set to widen her reach even further. The debut release on the label was made up of her first productions in five years, the techno/breakbeat hybrid Still Point EP which won her plaudits far and wide.

Don’t miss what is set to be a truly special night celebrating the wide spectrum of music.