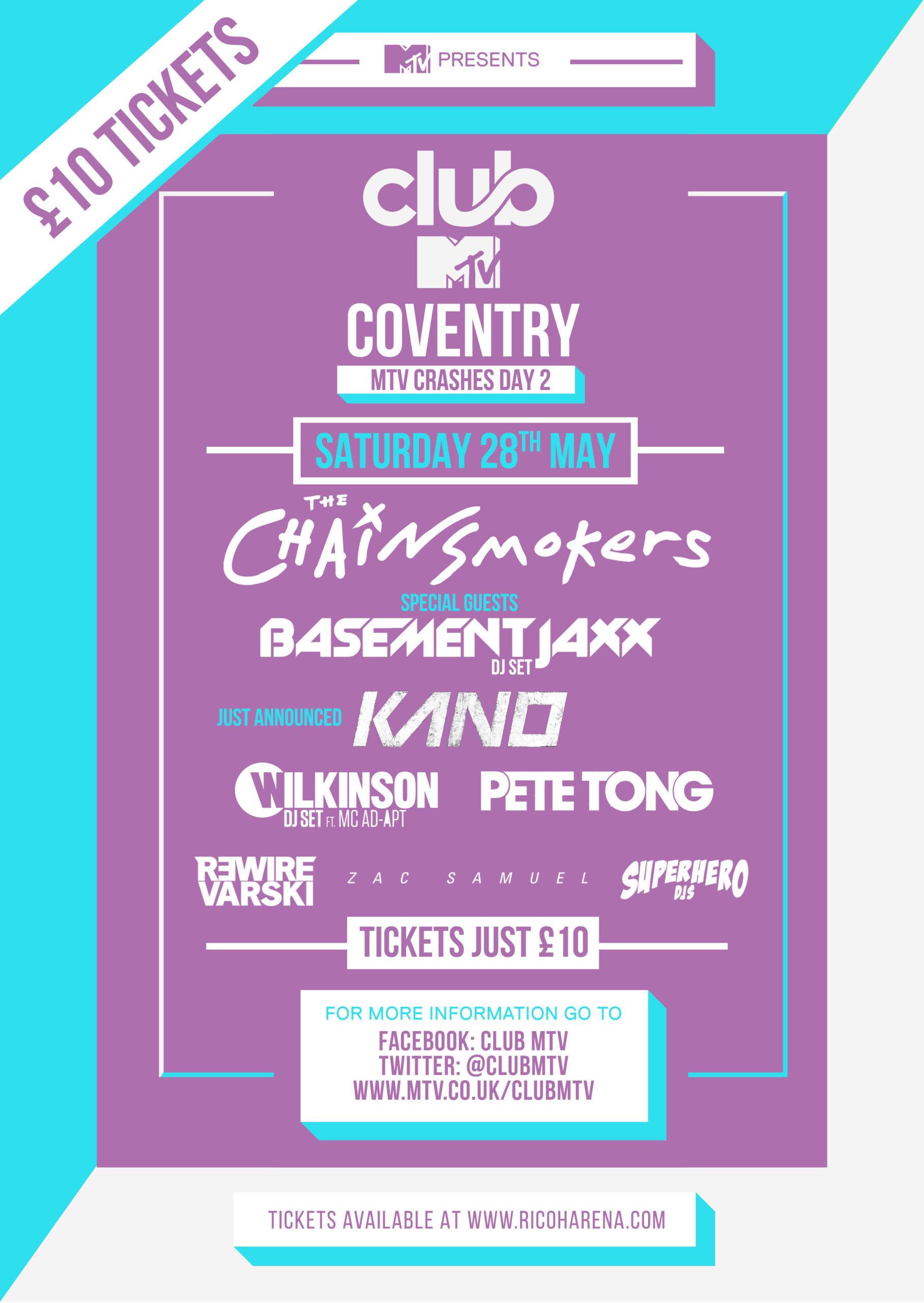 Having just released his highly-anticipated fifth studio album Made In The Manor earlier this year, the London MC hits Coventry on 28th May for an unforgettable performance joining the monster line up that already includes The Chainsmokers, Basement Jaxx, Wilkinson, Pete Tong, Zac Samuel, R3WIRE & Varski and the Superhero DJs.

Club MTV's Crashes takeover follows our Day 1 line up which will see Chase & Status, Kaiser Chiefs, Tom Odell, Sigala and Fleur East smashing the stage at the Ricoh Arena, all for the BARGAIN price of just £10 per day.

Need any more reasons to come? Tickets are still up for grabs now at ricoharena.com.

See you in two weeks!