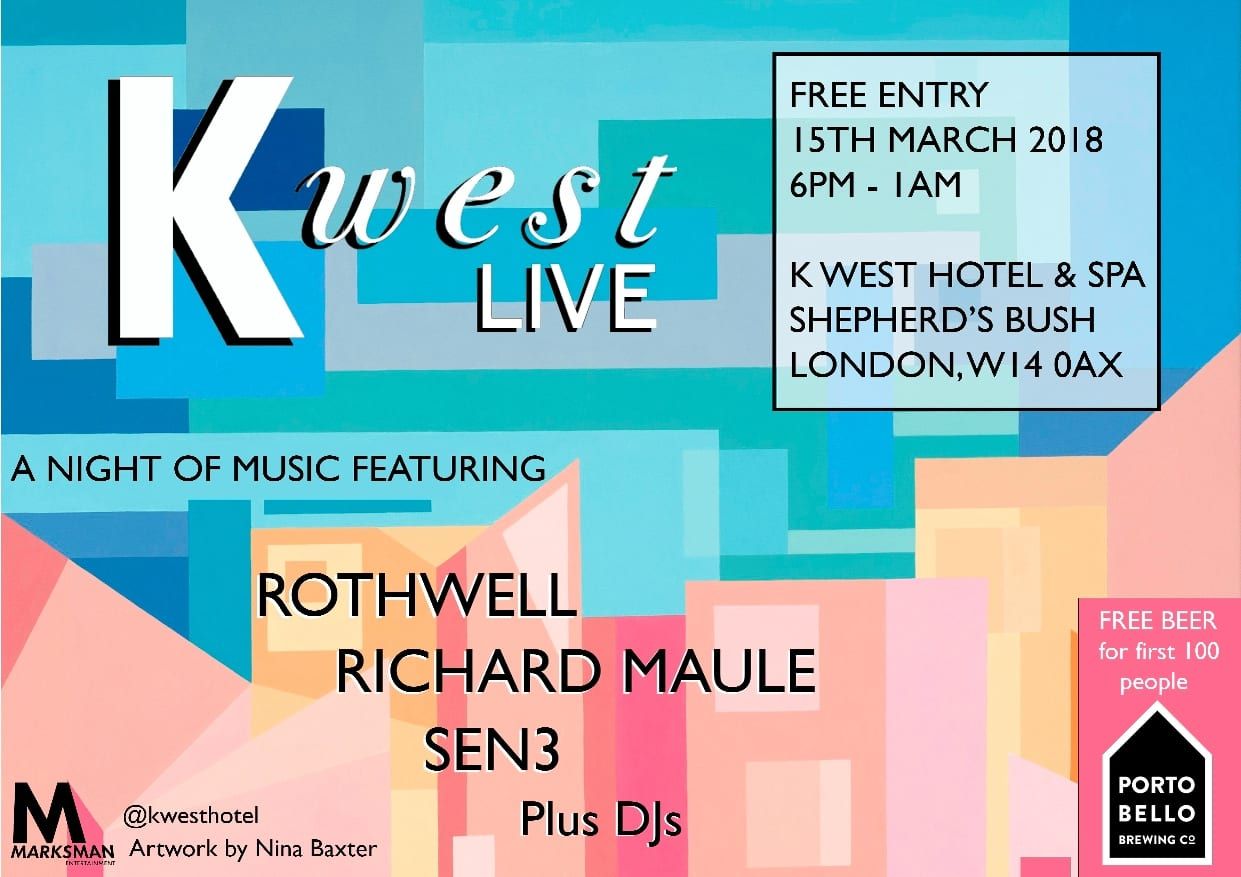 Held on the third Thursday of every month, K West Live will showcase the best in emerging UK talent with a cutting edge mix of new bands and established acts.  The free nights for around 150 people will include three live music performances, alongside DJ sets.

K West Live will open at 6pm, with artists appearing from 7pm.  Acts will be supported by notable DJs, who will play until 1am. The launch night DJ will be Ryan Scott. On 15 March 2018, the line-up will feature a varied genre of music:

An exciting new genre-hopping guitar trio rich in melody and emotive harmonies, contemporary beat-culture and heavy riffs. The band released its debut album The Drop in 2017 to rave reviews and plenty of attention from Jazz FM, BBC Radio, Ronnie Scott’s, and Jazzwise Magazine.

Richard has performed a 30 minute live session/interview with Radio 2 on Dermot O'Leary's show for his EP release 'esoteric groove', played at Wilderness Festival on the second largest stage and was also short listed for Shure's song writing award for his previous EP.

Rothwell is a young British singer-songwriter from Bristol, tipped by Metro as an ‘Up-and-coming star’. Rothwell supported Justin Bieber on his Purpose UK Tour and played to sold out crowds at British Summer Time and the Isle of Wight Festival. Rothwell recently launched electropop smash Velvet Heart on 9 February 2018.

K West has established itself as a regular haunt for many artists and bands over the years, due to its close proximity to The Hammersmith Apollo and Shepherd’s Bush Empire.  The hotel has become a festival hub, being one of the venues at the annual Bushstock Festival where artists including Nick Mulvey play on its secret stage in ‘The Courtyard’.