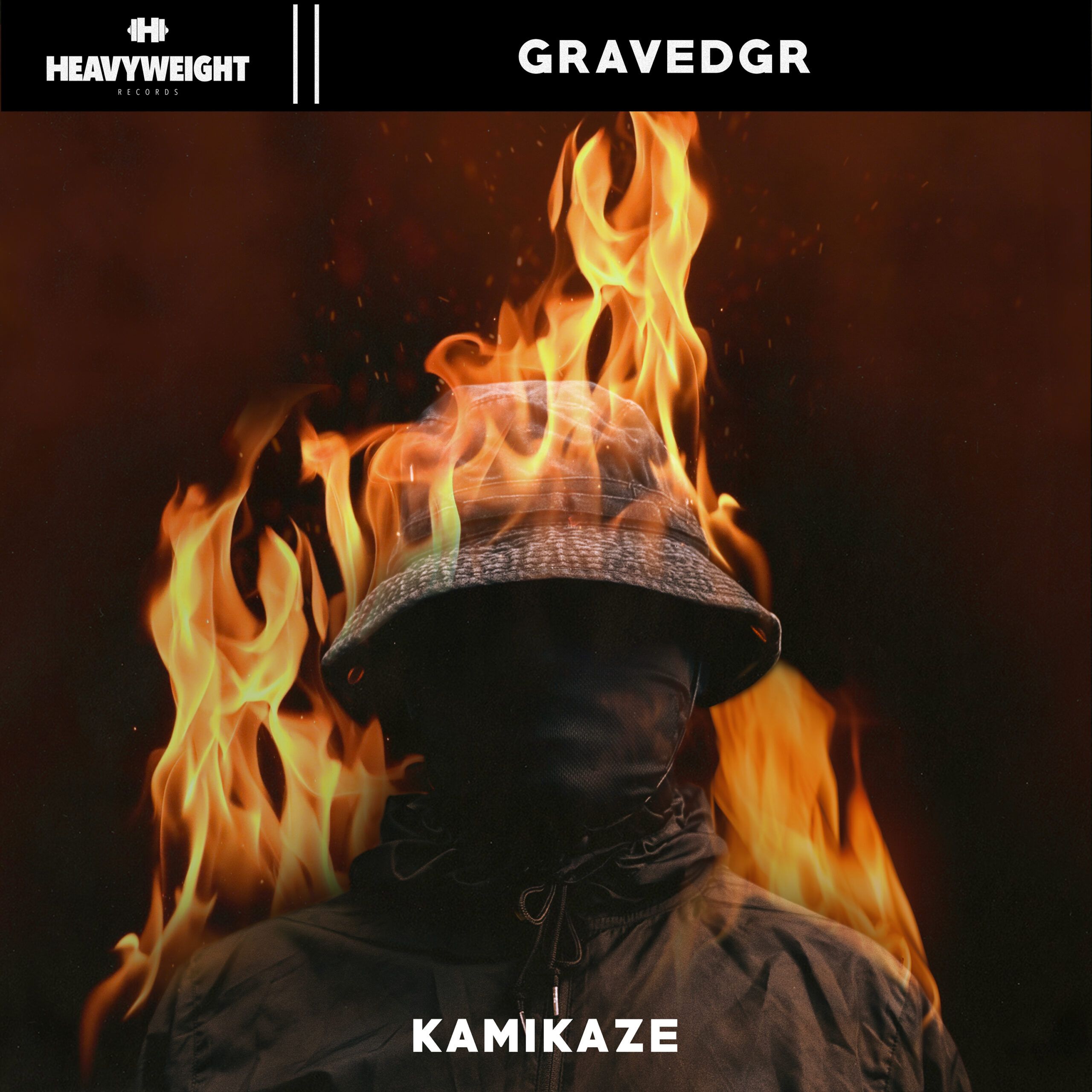 The masked menace GRAVEDGR returns to Carnage's Heavyweight Records with "KAMIKAZE," his first release of the year. As if to remind the world that he's very much still alive, GRAVEDGR seems to have outdone himself with this one, even by his own heavy-hitting standards. "KAMIKAZE" delivers bone-shaking basslines and serrating synths, its drop a cacophony of thunder and lightning, with intermittent quiet periods in which the listener is almost lulled into a false sense of security before GRAVEDGR unleashes the next wave of his menace. If "KAMIKAZE" is any indication, GRAVEDGR is back and more sinister than ever, so stay tuned for more new music coming soon.

Take one look at GRAVEDGR, and it's easy to see where his name comes from – regularly donning black attire and his signature face mask, it's no surprise that his day job is literally digging graves. All the time spent contemplating mortality must have inspired his musical sound, which can be summed up as simultaneously scary, melodic and hard. Having made his debut performances during insane, sold-out shows at LA's El Rey and Belasco theatres or Bassmnt Nightclub this summer, this mysterious character also seems to have a knack for creating catchy music that always works the crowd into a frenzy. "KAMIKAZE" follows his wildly popular, debut single "RAMPAGE," which has amassed over 6 million streams on Spotify alone, as well as follow-ups "JESSE JAMES" and "BE WARY." GRAVEDGR has already inspired a cult following, and we look forward to seeing what he has up his sleeve next.