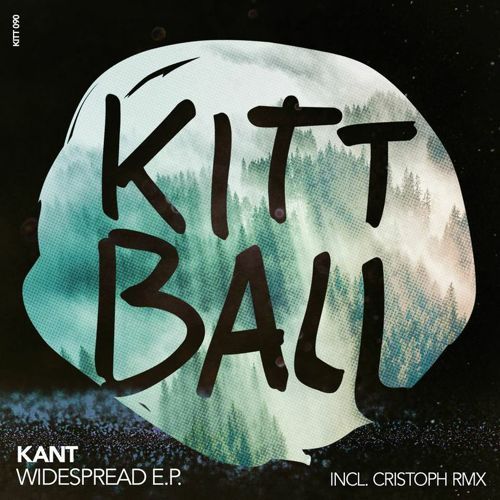 We are very proud to present the 90th Edition of our Kittball-catalogue with a release of one of the best international artists in demand at the moment. His “Never You Mind EP” released back in 2013, was already blessed with great success to KANT from Denmark. So it’s truly time for his new “Widespread EP” which credits not only the title in full. Translating his name from Danish it simply means “edge”. Edges in their quality refer to something unconventional, exciting and new, which doesn’t immediately fit into conventional standards. This is how his philosophy and imagination of music works and can describe in a proper way. The original title track comes around in a pretty deep culture with a kind of little bells being accompanied by a phat bass with an atmospheric break. The second track in the bundle called “Mesmerized” excels itself with driven kicks and grooves the dancefloor massively. The remix work comes from Newcastle with the newcomer Cristoph, who already had his debut on Kittball with his Rimshot EP end of 2014. He “mesmerized” his contribution to gloomy elements and a very nice and raw character.