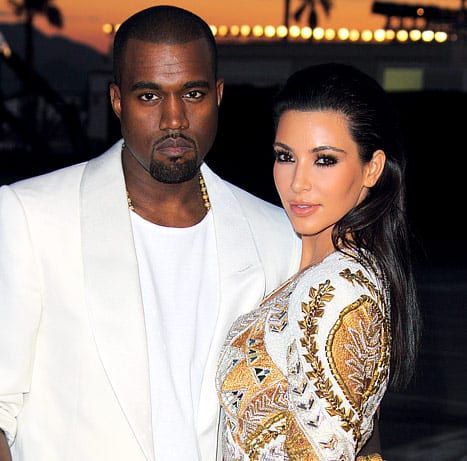 The rapper was admitted to the University of California, Los Angeles Medical Center on Monday (21Nov16) for a psychiatric evaluation, and is said to be receiving treatment for exhaustion and sleep deprivation.

According to TMZ.com, Kanye has been suffering from depression, and his mental health was pushed to breaking point due to the non-stop work he's been doing on his fashion line, new album and his recently abandoned tour.

Friends and family had hoped the Stronger hitmaker would be home for Thanksgiving on Thursday (24Nov16), but he remained in hospital.

Kim reportedly spent a few hours with her husband before leaving to join her children, North, three, and Saint, 11 months, and the rest of the Kardashian/Jenner clan at Kylie Jenner's home in upscale Calabasas, California.

A source told PageSix.com that the 39-year-old is expected to stay in hospital for a few more days, and may be released on Monday (28Nov16).

After the performer's hospitalisation, it fell to the youngest of the famous reality TV family to host the annual holiday celebration. Kylie, 19, posted pictures of her opulent Thanksgiving decorations and table centrepieces, alongside the huge banquet, on Snapchat as she celebrated with her family.

And Kanye wasn't the only one missing from the Kardashian/Jenner get-together, as Khloe Kardashian skipped her younger sister's lavish bash to spend it with her basketball player boyfriend, Tristan Thompson. The couple reportedly attended a turkey drive – a holiday food-raising campaign – in Cleveland, Ohio, before spending Thanksgiving together privately.