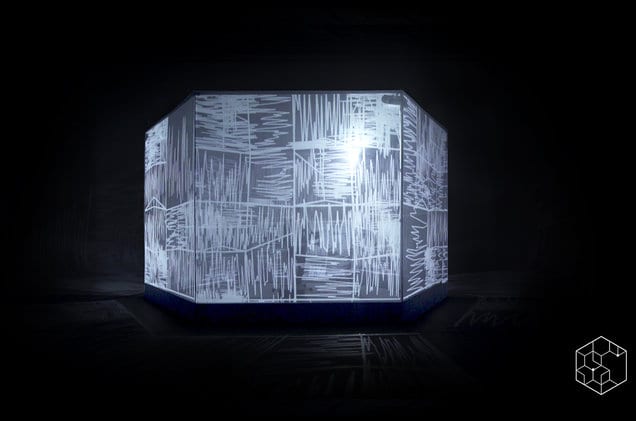 Evolving artificial intelligence Karma Fields previews its long awaited live production, the 3D experience unveiled as The HEX, a mind-blowing stage-conquering figure that reflects the ambience of the distinct music it hosts.

The HEX is Karma Fields all-encompassing audio-visual stage production – the live setting that makes the connection between his unique sonics and its complex optics. The 20’ by 19’ Hexagon structure allows live visuals to react to the music being created and is an evolved physical representation of the visuals Karma Fields has released alongside its music, creating a reality where you see the visuals come to life in a 3D environment. The HEX will debut during Karma Fields’ first live show later this year, and has remained well-anticipated, shrouded in mystery.

Karma Fields’ debut album New Age | Dark Age, released on Monstercat, includes features from Talib Kweli, Juliette Lewis, Kerli, Monarchy, and CC Sheffield, and was re-released this month as a deluxe version that included all new classical renditions of select tracks. The HEX will see the album come to life in new ways, with edits suited for the stunning visuals within the hexagonal structure.