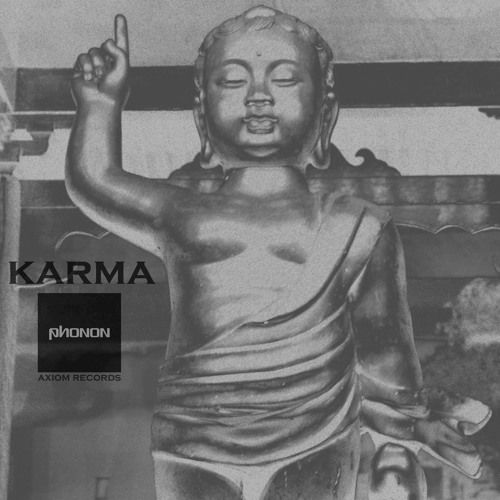 His latest production comes in the form of ‘Karma’, and it certainly does not disappoint. Full of infectious vocal hits, deep basslines, futuristic synths, knocking drums and perfectly crafted arrangements, this uplifting chill-out anthem that is sure to swallow you up and throw you into a state of Trance – a must have inclusion in any sunset vibe DJ set or playlist.

‘Karma’ is available now make sure you stream and download your copy now! 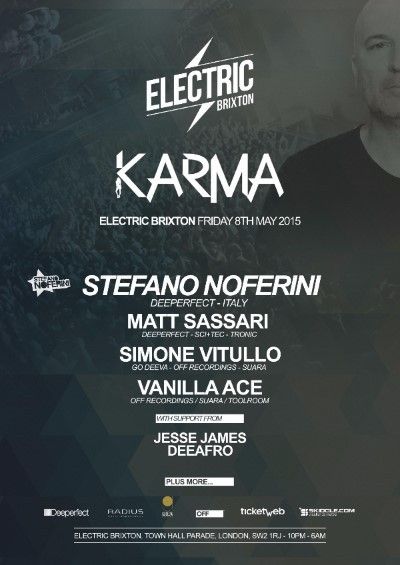 Starting off as a ‘get together for friends’, it has evolved into something much bigger than anyone could have predicted and now, London’s cutting edge tech-house and techno offering, Karma, is prepping a roadblock line up when they take over Electric Brixton for their inaugural event on May 8th.

Pulling no punches, the stellar line-up combines the biggest names form the underground scenes of Italy, France and the UK for a night of unadulterated bass guaranteed to leave you smiling. Headlining proceedings is Florence’s very own Stefano Noferini – a highly respected name whose golden touch has left him as the crown jewel on the Italian house scene.  Boasting a multitude of Beatport #1s under his belt, expect the Deeperfect Records head honcho to take no prisoners during his two hour set.

Not content with bringing just one name to the line-up, Karma has called upon Marseille’s Matt Sassari (Deeperfect / Sci+Tec / Tronic) to bring his own brand of dark techno to the floor, backed up by Simone Vitullo (Go Deeva Recordings / Off Recordings / Suara) whose deep, innovative sound has seen him performing across the globe and remixing the likes of Mark Knight, Todd Terry and Wally Lopez.  Local heads will instantly recognise Vanilla Ace (Off Recordings / Suara / Toolroom), the award-winning producer whose work has been supported by The Magician, Soulclap and Seth Troxler and will be taking things in a decidedly deeper direction with his tech-house sound.

Taking things back to basics, Karma is focussing on the music; with first release tickets already sold out, expectations are high for the launch event.  They say Karma’s a bitch, but on this occasion, it’s the day after you’ll need to worry about more.