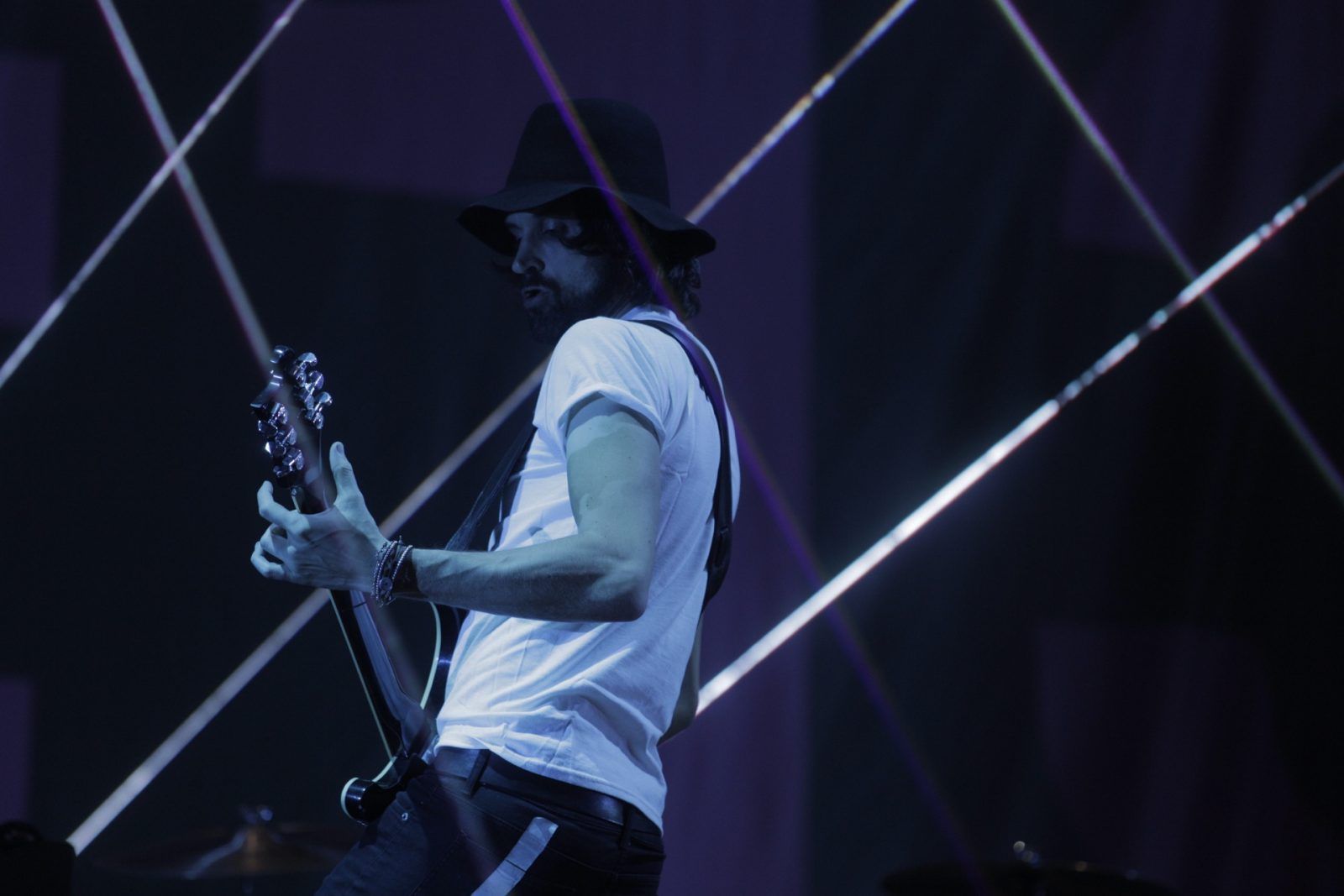 Leicester’s finest Kasabian headlined the final day of Open’er Festival in Gdynia, Poland on Saturday (July 4) before later bounding on stage during the event’s closing set from Disclosure.

The band opened the night with the first track on latest album 48:13, Bumblebeee. The opening gambit set the scene for the rest of the 90-minute set with crashing choruses and pile-driving electronic rock that is made for the big occasion.

Following a rousing Underdog performance, lead singer Tom Meighan spotted a Leicester City flag in the crowd and commented on the recent sacking of manager Nigel Pearson by saying; “Good to see Leicester City here, we will survive don’t worry”.

The largest crowd of the Polish festivals four days saw the crowd’s hysteria reach fever pitch during a run of singles including Eez-eh, Club Foot and the brilliant Rewired. It signalled a moment for Tom to leave the stage saying; “ladies and gentlemen, I’m gonna leave you with the beautiful Sergio Pizzorno”. Serge duly obliged and led the band with the soulful Bow before Meighan returned to get the crowd pumping for Thick as Thieves.

Following an encore that saw the band take to the stage to the theme tune of Revenge Of The Nerds, the lad-rock group then surprised the 80,000 crowd with two covers, the first The Doors’ People are Strange, closing with Tom thanking Jim Morrison. The second cover followed shortly after as Tom said; “This is a new one” before breaking ino broke into Fatboy Slim’s Praise You. A rousing finale saw Tom and Serge greet the crowd during L.S.F (Lost Souls Forever).

After Kasabain on the main stage, Disclosure closed with a set featuring hits from debut album Settle as well as previews of their forthcoming second album.