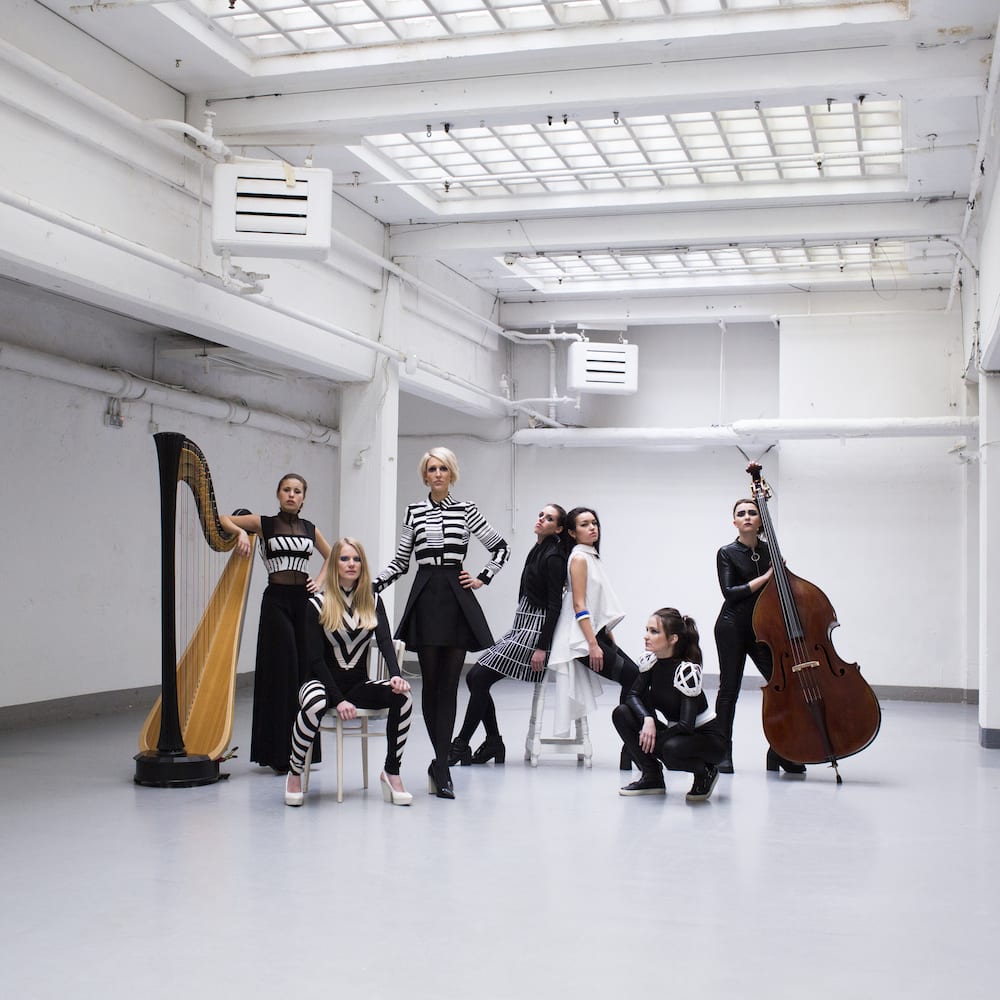 Chicago producer/composer Kate Simko is bringing her genre-bending project London Electronic Orchestra to the US this June for a highly anticipated first US tour.

The pioneering producer, composer, pianist and DJ will perform alongside a trio ensemble of harp, violin, and cello to three different venues – Rockwood Music Hall in New York, Flash in Washington DC, and the Old Town School of Folk Music in Chicago. The latter of which marks a momentous homecoming show for Kate, sure to be a memorable night for the Chicago native whose success has seen her work with the likes of Katy B, Philip Glass and Jamie Jones.

Kate Simko & London Electronic Orchestra’s distinct sound places the beauty, texture and intricacies of classical instruments in front of a backdrop of organic, electronic productions, bringing a new perspective to both genres.  Meshing orchestral soundscapes and electronic music, the group released it’s acclaimed debut album on The Vinyl Factory in 2016.  The trio ensemble is comprised of LEO core members Valeria Kurbatova on harp, Kamila Bydlowska on violin, and New York-based Madeleine Bouissou on cello, with Kate on keyboards and electronics.

Kate’s US tour comes at a busy time for the multifaceted musician, and foreshadowing exciting plans for Kate Simko & the London Electronic Orchestra in the coming months – including a new LEO single, scheduled for Autumn 2017, and further touring with LEO and a full orchestra as part of an ongoingcollaboration with Jamie Jones.

Kate Simko is a Chicago native and a musical magpie, remixing Philip Glass, collaborating with artists like Jamie Jones and Katy B, writing for orchestra, scoring films, and captivating audiences from London to Ibiza with her LEO shows and at clubs worldwide as an in-demand house DJ. Her music reflects the influences of underground sounds, as well as her background in classical piano and jazz music. Having carved out a path as a successful producer, film composer and DJ.

In 2014, Kate completed a masters degree in Composition for Screen at the Royal College of Music, where she formed the LEO, fusing her background as a classical pianist and composer with her signature electronic music productions. Since then the group has performed at a number of top UK festivals including Bestival and Latitude Festival, alongside highlight shows at MIDEM in France,(le) Poisson Rouge in New York, HEART Ibiza, Wonderfruit Festival in Thailand, and London’s Royal Albert Hall.