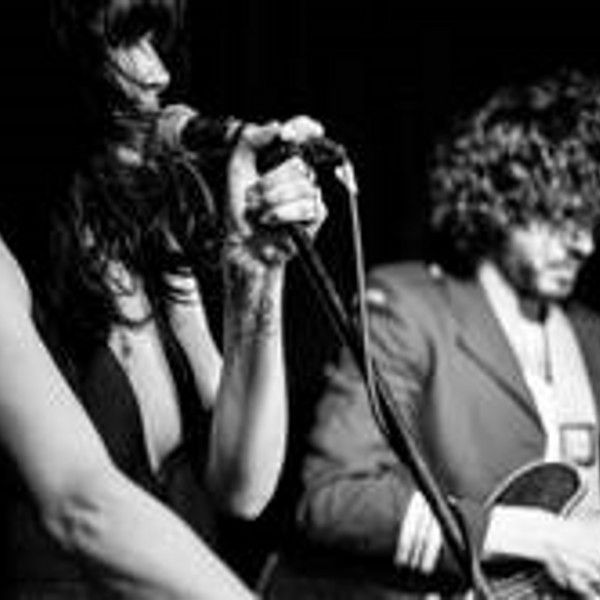 Mid way through 2013 and multi-faceted brainchild of Timo Mass and Santos, Rockets and Ponies, rides high with its latest signing, Katie Cruel. A refreshingly poetic entree for this eclectic label, Cruel’s City City EP embodies the timeless, classic & intelligent music ethos that Mass and Santos are so keen to champion.

Making her début as second bassist for Joshua Tree’s Earthlings in 1998, Wendy Rae Fowler dipped her toes into a pool of artistic credibility that has since taken her on an alternative rock journey as fascinating as it is prolific.

Fowler’s exemplary rock credentials are the sum of her experiences as both accomplished musician and singer-songwriter, honing her craft with visionary stars of American Rock along the way. Following a stint with her Earthlings comrades supporting Queens of the Stone Age on a brief tour of America’s West Coast, Fowler’s dusky, foreboding vocals became the backdrop to two QOTSA tracks, a juncture that led to a meeting of minds with legendary musician Mark Lanegan with whom she would later collaborate on several pieces.

In 2005, a chance meeting with UNKLE’s Richard File would become a defining moment for both artists as their similar influences drew them to an inimitable musical pairing. While treading the traditional industry paradigm led the pair to critical acclaim, ‘We Fell to Earth’ soon etched their sound into the hearts and minds of a wider audience as their tracks featured on a slew of TV dramas including Gossip Girl, The Prisoner and CSI:NY. Later, the pair co-wrote the theme to lauded US crime drama ‘The Killing’.

As clearly as her rich musical heritage speaks for itself, Fowler’s unswerving talent and remarkable experiences have led to this, a point where her gospel, blues and Morricone influences find a soul-baring platform in alter-ego Katie Cruel.

Echoing of Sergio Leone’s Spaghetti Western misadventures, City City is a theatrically dark soliloquy warmed with gnarly guitars and foreboding instrumentals. This provocative piece is both strangely uplifting and dark, a tone that Timo Mass captures with indulgent textures of crackling vinyl and gnarly pistolero electric guitars for his remix. While Timo’s atmospheric remix is pacey and focuses intently on Cruel’s powerful vocal, studio partner Santos cranks off-centre notes and glitchy dynamic percs in a minimal accompaniment with industrial hues.

Concluding this tumultuous package, This is not a Love Song’s acoustic guitar and ambling drums are the raw, outlandish terrain upon which Cruel’s charismatic vocal scales the pinnacle of despair with filmic results.