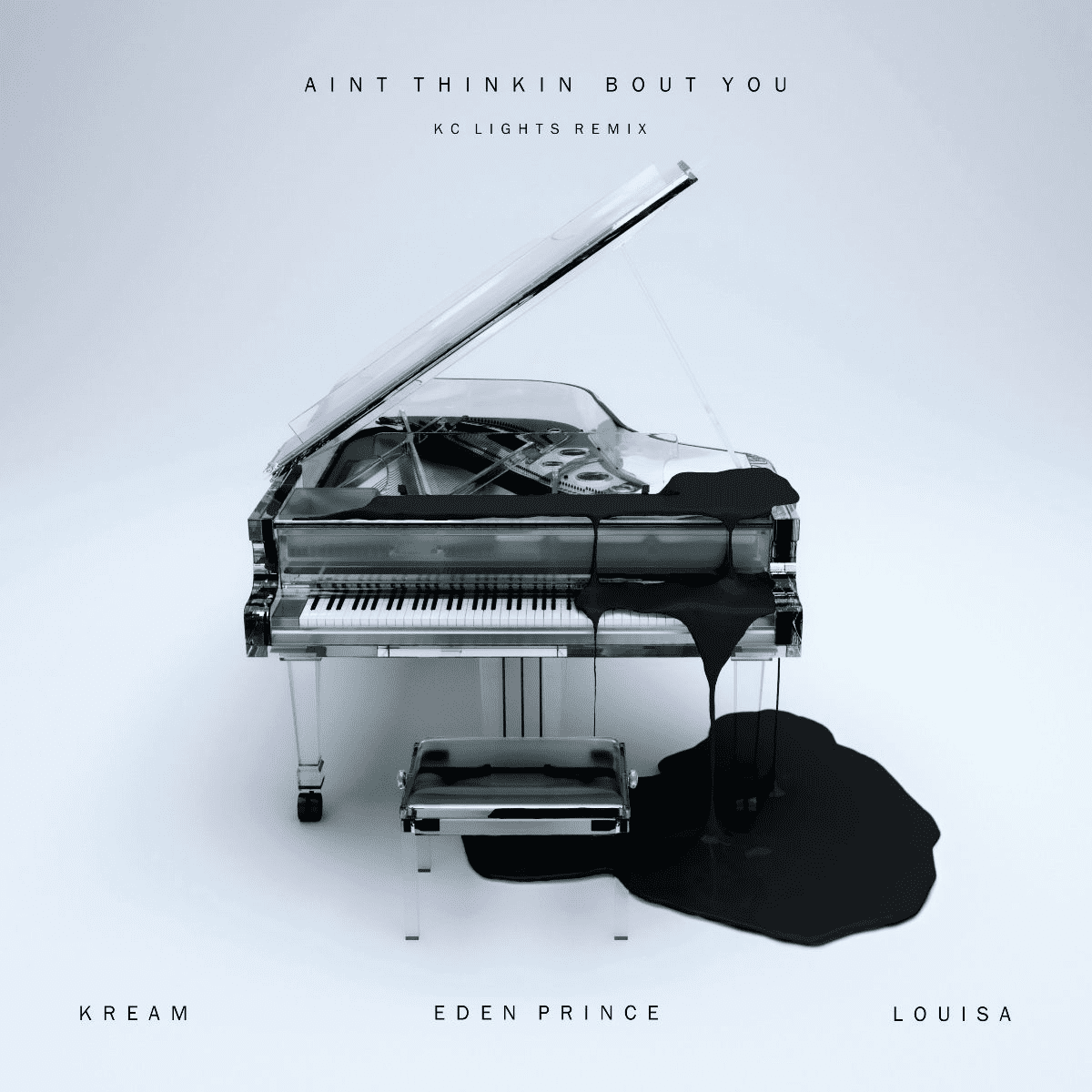 Delivering a jacking, feel-good house vibe, KC Lights’ rework of “Ain’t Thinkin’ Bout You’ downplays the organic elements that characterise the original, instead opting for a stripped-back house banger topped off with Louisa’s flawless vocals.

Another product of the UK’s thriving dance scene, KC Lights propelled into the spotlight with his 2015 single, ‘No No No’. The club-facing track hit #3 on BBC Radio 1’s Dance Charts, peaked in the Top 10 of Shazam’s UK Dance Chart, and was also included on Annie Mac’s annual AMP compilation that year. His music career continues to flourish, having released previous material on labels such as Spinnin’ Records and Danny Howard’s imprint, Nothing Else Matters.

The original of “Ain’t Thinkin’ Bout You” has amassed almost 2 million Spotify streams and has gained strong support across BBC Radio 1 and KISS FM.

With an emphasis on instrumentation, KREAM stands out from the pack due to the true songwriting and musicianship behind their craft. Known for his unique brand of RnB-infused deep house, acclaimed UK dance music producer Eden Prince previously remixed KREAM’s hit single “Deep End (feat. Jhart)”, accruing over 20 million streams and counting.

UK songstress Louisa is best known for her feature on Clean Bandit’s Top 5 single “Tears”, which has over 220 million worldwide streams and 155 million YouTube views. She’s also the youngest winner ever of The X Factor UK and received more votes than any other contestant in the history of the show.

KC Lights has given “Ain’t Thinkin’ Bout You” a new lease of life, shifting the emphasis even further towards the dancefloor with his classic house remix.