Tropics - Keep Me Turning Back 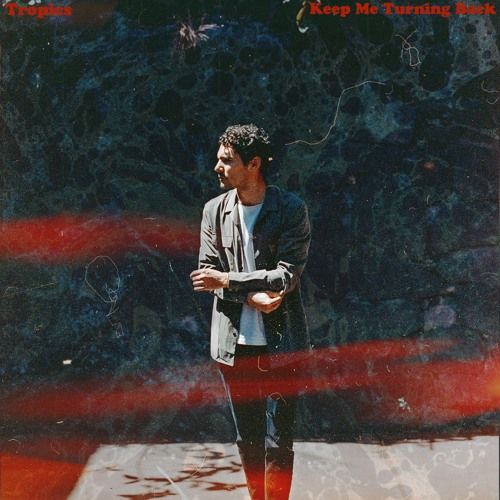 Tropics - Keep Me Turning Back

British vocalist, songwriter and producer TROPICS has today shared a new taster of his forthcoming third album, with the woozy and melancholic 'Keep Me Turning Back'. Co-written and co-produced by ex-label bandmates and friends BADBADNOTGOOD, the track features on the highly accomplished LP 'Nocturnal Souls', which will be released on 29th June via + FOURS. Setting the tone and inspiration for the record post-'Rapture', Tropics explains: "It was a strange time and I was quite uninspired by anything electronic sounding. I was looking for a direction within worlds of music that I liked, I'd started listening to a lot of psych/psych-rock music and 60s/70s jazz and soundtrack stuff around that point"

Further discussing the collaboration, he goes on to explain "The BADBADNOTGOOD guys sent me a jam they had recorded asking me to sing over it. It held all the inspiration I was looking for; very raw and away from the polished nature of Rapture. I got the feelings of a lost soundtrack to a David Lynch film and that excited me. I chopped about with the arrangement and wrote 'Keep Me Turning Back'. It's about being drawn to something that isn't good for you. Toxic relationships, addictions, vices, whatever it may be that we know are unhealthy for us. At the time I definitely had a few of those things going on and felt hopeless about doing anything other than singing about it."

Adopting sounds predominantly heard in Trip-Hop and Electronica at the beginning, Ward's ambient tones have, over time, taken more of a back seat to make room for live instrumentation with a Jazz and Psychedelic sensibility, set against his trademark raw and heart-wrenching vocals. The sonic shift has been all the more prevalent following Ward's move to Los Angeles after the release of 'Rapture', where he took himself to focus on writing new material and exploring collaborations. It was there that he hooked up with Badbadnotgood, who lent instrumentation and production to a track on the new album. On this track in particular, he says; "I was really attached to the sort of David Lynch / dark cinematic vibe and I wanted to explore more of what this track was able to portray and how it made me feel." In stark contrast to this, Ward also spent two months in Mexico City where he spent months on end alone, putting the finishing touches to 'Nocturnal Souls'.