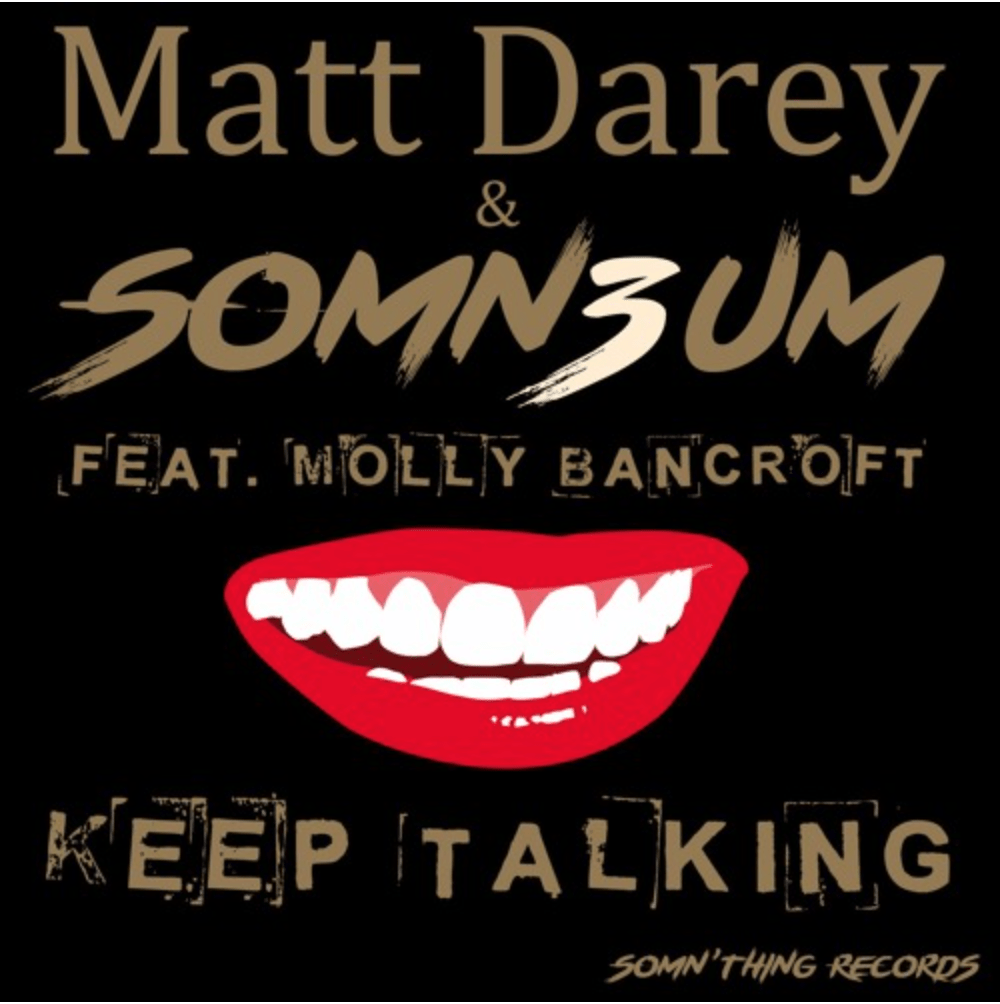 Matt Darey & Somn3um have revealed the Hollaphonic remix of their debut track ‘Keep Talking’ ft. Molly Bancroft. The Dubai-based duo have turned in a deep and funky re-work, chopping up Molly’s vocals to maximum effect.

’Keep Talking’ is a moody yet uplifting slice of house, featuring vocals from dance favourite Molly Bancroft, whose vocals graced the legendary Deadmau5 remix of ‘Not Alone’ by Gianluca Motta, and has also performed on celebrated releases from the likes of Gabriel & Dresden, Andrew Bayer and Matteo Marini.

Matt Darey will be known to many as a mainstay in the electronic music world, having been writing and producing since the mid nineties, with the likes of Armin van Buuren, Tiesto and Above & Beyond citing his music as an influence. He’s been responsible for a plethora of top 40 remixes and productions, including his own top 10 hit.

Somn3um (pronounced “Somnium”) is a newcomer to the house scene and in launching his own label, Somn’thing Records, he has created a platform for his unique brand of beats, along with releasing the best music from artists he loves.

The track is available to download from Beatport on 15th February.