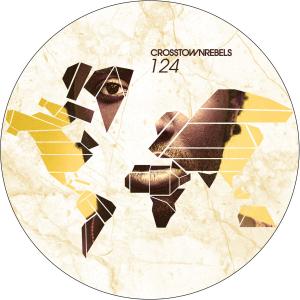 Back on Crosstown Rebels after the barnstorming ‘Heartbreaker’ EP at the end of last year, Bloc Party frontman Kele Okereke once again shows he’s a dancer at heart and a truly versatile beat maker. Kicking off with another killer A-side ‘Candy Flip’, Kele builds an infectious track as he works a dirty low bassline with his own deep gravelly vocals. ‘The New Feel’ follows on with dark bass stabs making way for a bouncing groove, haunting chords, and filtered vox with an anthemic feel. FCL’s remix treatment gives a classic, uplifting dimension to ‘Candy Flip’ while final original ‘Come To Me’ is a master class in raw, bass heavy grooves with a modern touch and fresh vocals from Jenny Bastet.

From the propulsive rhythm sections of Bloc Party’s Platinum-selling debut album ‘Silent Alarm’  to guest vocals for artists like The Chemical Brothers, dance music has always been the underlying influence for Kele Okereke. Having spent ten years making records in studios working with some of the greatest producers in the world, Kele is now launching his solo assault on house music and leaving a distinctive mark in the process on new home label Crosstown Rebels.

With the ‘Heartbreaker EP’ gaining critical acclaim across the board and ‘Candy Flip’ about to win over yet more dancefloors, Kele’s new sound is no flash in the pan. There are more EPs in the pipeline for Crosstown as well as DJ dates all over the world, so watch this space.

FCL is the Belgian powerhouse production duo comprised of Red D, owner of We Play House, and young DJ/producer extraordinaire San Soda. Both individually and together they have had a major impact on dance music in the last few years, notably with their ubiquitous version of E.S.P’s ‘It’s You’ – a sell-out vinyl on We Play House reaching cult status and later seeing a digital release on Defected due to popular demand.