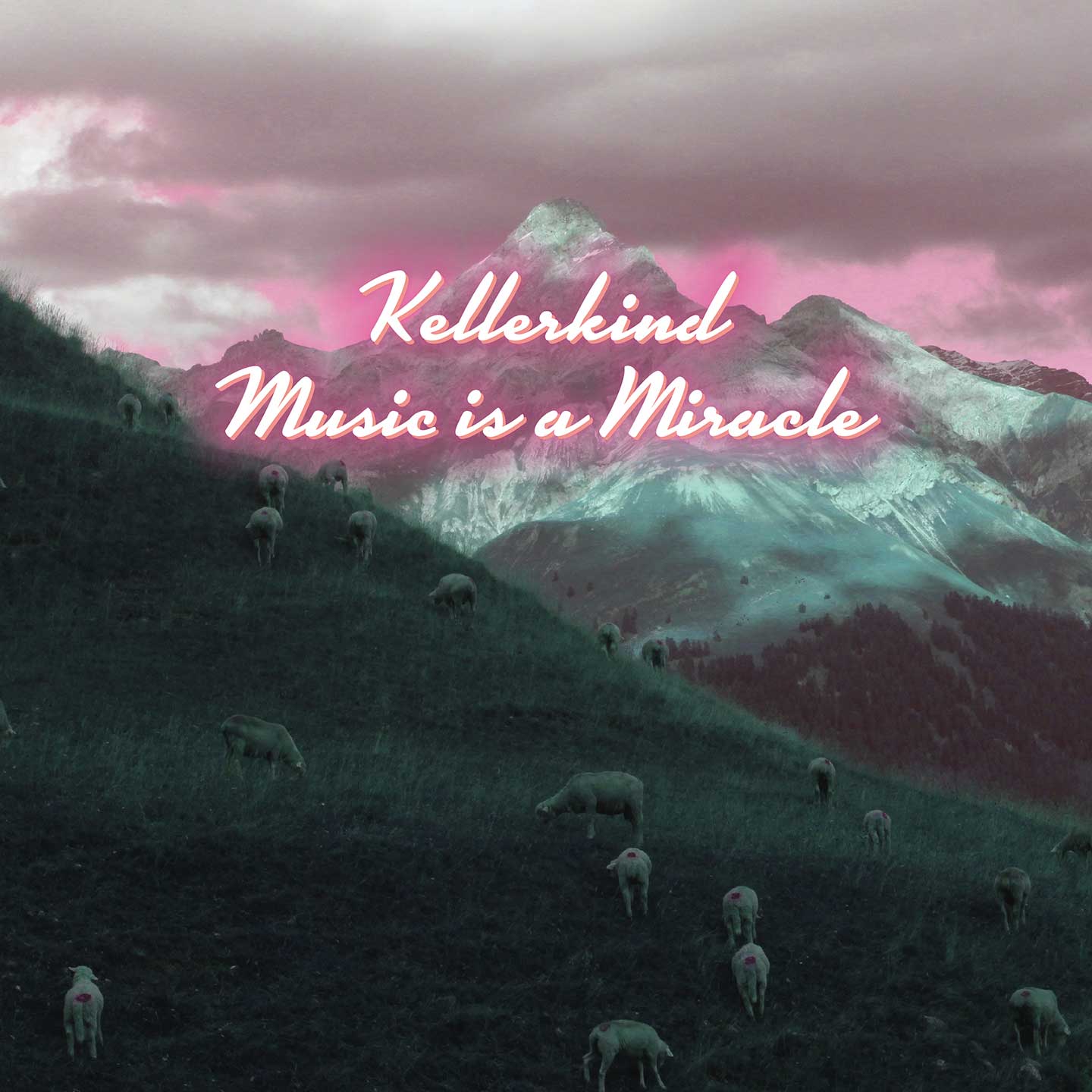 Over the past couple of years, Kellerkind’s unique interpretation of house music has truly catapulted him out of the figurative basement and into the limelight.  Whether it was the disco-infused cool of ‘Backflash’ or the tribal rhythms found on his debut-album ‘Basement Story’, through hard work, rather than by miracle, Marco Biagini matured into a producer who is at the top of his game.  With ‘Music is a Miracle’ Kellerkind now delivers a sophomore album that offers itself as a diverse and surprising love letter to music, carrying his distinct handwriting.

As an in demand DJ, Kellerkind now masters the decks at Berlin’s famous Watergate every other month, holds a residency at Hive in Zurich and jets to international venues in Paris, Amsterdam or Istanbul regularly. While channeling the energy of the club in his records, Kellerkind enjoys the contrast between weekend and weekday: he produces his tracks in a small wooden hut tucked away deep in the Swiss countryside. It is here that his warm and soulful tracks are borne and he gets the chance to replenish his batteries for those long weekends ahead. “Most of my inspiration still comes from the time spent in clubs”, he states, a fact that is confirmed by his DJ sets and productions. “Music, for me, is everything – it’s a miracle”.

On ‘Your Love’, Kellerkind organically eases us into the album as deep bongos float over casual guitar licks and drawn-out synth melodies. Gentle murmurs slowly form into a distant soul vocal while sunny saxophones create a relaxed and beautifully fragile vibe. ‘Don’t You Know It’ then tightens the screws. Here, cowbells and laser-synths scream trademark Kellerkind: sugary without being cheesy, laidback yet never losing sight of the groove. It’s time to warm up the discotheque, don’t you know!? Kellerkind does, as he proves on ‘I Know’ and treats us to filtered disco breaks, colourful chords and a smooth vocal hook.

Things get a little tougher on the next tracks. While ‘Give Me The Beat Back’ utilises a hip-house chant, dubbed out chords and hard-hitting snares to showcase a bouncy, UK-sounding bass-line, ‘Projection’ loops Jake The Rapper’s instantly recognisable voice and a classic disco riff to create seven minutes of moreish fun. ‘Music is a Miracle’, the album’s title-track, then reveals itself as a standout. Here, an extremely funky garage bass-line, Chicago strings and urgent trumpets surprise us as they drop after a Moodyman-esque monologue. Mantra-alert!

Taking a dreamier turn, Kellerkind’s ‘Feel It’ is wonky and mechanical as it builds into a melodic climax that leaves you lost on the dance-floor, suspended in time. A beautiful moment and possible highlight in any DJ set. On ‘It’s Like That’ a dusty dub-house groove then flows through clonking percussion and a pitched down vocal until classicistic chords eventually wash over the arrangement. Drawing us in even deeper, ‘Take This Higher’ combines a bittersweet piano, romantic string melodies and an elegantly repeated vocal hook, toughened up by a low-slung house bass.

Kellerkind reveals a completely new facet on the electronic ballad ‘Monologue’, which features Laura Wiesmann’s soulful vox. This is tasteful pop that bedazzles due to its reduced nature, honest vulnerability and musical softness. Lastly, the field recordings of an airplane security brief form the base for heavy piano notes, a distant beat and knackered strings on the nostalgic yet hopeful outro ‘Itchy Feet’. The title couldn’t be more fitting: Kellerkind doesn’t like to stand still, something he certainly proves with ‘Music is a Miracle’!