Kendal Calling confirm over 60 other artists 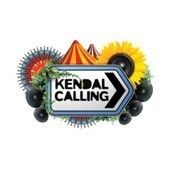 Kendal Calling confirm over 60 other artists

Spring is officially here and having ditched it’s winter coat Kendal Calling is thrilled to announced further excting acts and activities for this Lake District extravaganza.  The response to the first announcement was sensational with Kendal Calling tickets selling faster than hot (Kendal Mint) cakes and festival organisers have a lined fresh crop of names for August.

Jimi Goodwin makes a welcome return to Kendal Calling having headlined the festival with his band Doves in 2010.  Jimi’s new solo album ‘Odludek’ was released this week and is a remarkable record on which he plays almost all the instruments himself.  The record has met with much critical acclaim and Jimi’s set is destined to be a festival highlight.

Glasgow’s Frightened Rabbit bring ringing, resonant, skyscraping guitars and songs full of heartbreak whilst Simon and Oscar from Ocean Colour Scene will play an intimate acoustic set in the Woodlands.  The epic indie folk of Admiral Fallow finds a perfect home at the beautiful Kendal Calling site and Doves are further represented in a performance from Black Rivers which is made up of Jez and Andy from the band.  Lewis Watson is a 21 year old acoustic guitar troubadour who is destined for the big time.

Norma Jean Martine’s rootsy, soulful, country music has seen her explode onto the folk scene while Team Me provide bouncy Norwegian indie-pop and The Tea Street Band will have the crowds dancing, showing why they are one of the best live electronic acts in the UK.  Dario G will make a rare appearance with a DJ set of euphoric trance that has endured over two decades and Mirror Signal’s slick beats, captivating presence and soulful voice will highlight why this 19 year old appeared on so many ‘One’s To Watch’ lists for 2014.

Champs melancholy folk-pop reflects the eerily forlorn nature of their seaside home in the Isle of Wight in contrast to Gypsy Hill who will perform a staggering set of gypsy / Balkan big beat and swing.  Kendal Calling is also thrilled to welcome the force of nature that is John Robb and his band The Membranes.

Over fifty other acts have been confirmed to join headliners Suede and Frank Turner And The Sleeping Souls and a veritable smorgasbord of incredible artists such as De La Soul, 2manydjs, Happy Mondays, Miles Kane, Zane Lowe, Clean Bandit, Gorgon City, Andy C, Bondax, Mr Scruff and many more.

Every year, Riot Jazz presents Interplanetary Pump Station take Kendal Callings theme and turns it on its head and this year is no different as they present Spaceship Earth.  With a wild variety of bands, ranging from their own Riot Jazz Brass Band, to rhythm ‘n’ blues, to cosmic disco and booty rattling dub, you’re guaranteed to have a great time as you escape into a world of hidden gems and more. One for the chin-scratchers and party fiends alike!

Kendal Calling festival is renowned for its expansive cultural offering, providing sustenance for the mind and body as an eclectic array of performance art, comedy and spoken word takes place over the weekend in the stunning surrounds of the Lake District.  As part of Kendal’s mix you’ll find gourmet food, a real ale festival, TIM PEAKS curated by TIM BURGESS, Q&A’s, talks, DJs, surprise sets, the dedicated children’s Ladybird Arena and much more. Kendal Calling is one of the UK’s best festivals and outstanding value at just £119 for the weekend.

This year’s fancy dress theme is Kendal Calling Goes Beyond The Stars as the festival once again becomes a mecca for culture vultures and party people.