Glasgow Underground founder Kevin McKay links with vocalist Rozie Gyems to serve up another dancefloor gem; a lush house version of Sade’s essential 90s hit ‘Nothing Can Come Between Us’ out on 27th November. This lands as McKay sits at #3 in Beatport’s overall chart with ‘Work It’ and his label is awarded Beatport’s label of the month for December. It also follows his previous edit of Sade’s ‘Pearls’ (GU’s 500th release) as he continues to artfully revamp older tracks to make them accessible for modern club settings. The deep groove and cool contemporary edge of this sound has seen upfront DJ support on the latest single from respected names like Wankelmut, John Morales, Claptone, Robert Owens amongst many others.

McKay is still enjoying the success of his artist-focused, full-length DJ mix album ‘Summer Of Love’ which landed back in September. The 15-track collection featured tracks conceived, produced or remixed (or remixes commissioned) by McKay and was a fine reflection of what to expect from one of his in-demand DJ sets. Singles and remixes from the album including ‘Freak Like Me’, the Qubiko remix of ‘Save Me’ and ‘Gimme Gimme’ all hit the top 20 on Beatport and picked up millions of streams. Now with ‘Work It’ also riding high it rounds off a standout year for the much-loved producer.

From recording with Omid 16B as Sixteen Souls, to laying down essential DJ sets, to co-producing Mylo’s seminal album, ‘Destroy Rock & Roll’, McKay has a storied career and still, years later, keeps ahead of the game as this new single proves once more.

Says Kevin of his latest creation, “In the 90s and 00s there were a bunch of bootlegs of Sade’s most famous songs. One of the ones I loved was a house edit of ‘Nothing Can Come Between Us’ that chopped up the original over a steady beat. I recently dug out all my old vinyl, hoping I could play them again but, sadly, the sound of them just didn’t seem to work for now. That got me thinking about making my own version so I asked the team behind our amazing ‘Paradise’ rework to record two of my favourite Sade songs so I could reproduce them. After ‘Pearls’ sung by the brilliant Rozie Gyems featured on my album ‘Summer of Love’, this one, again with Rozie on vocals, reworks ‘Nothing Can Come Between Us’ in a deep house kalimba groove.”

Remaining sympathetic to the original while also layering in plenty of imaginative new sounds, the gorgeous ‘Nothing Can Come Between Us’ feat. Rozie Gyems is a brilliantly soulful deep house tune. The rich vocal hits an emotive sweet spot, the kalimba is bubbly and colourful yet warm, and the heartfelt drums drive things along at an inviting pace. This is the sort of life-affirming house tune we all need in our lives right now and is another timeless gem from this long-time house pioneer.

Once again, Kevin McKay brings his vast knowledge and love of house music to a fresh and tasteful rework of a much-loved classic.

Kevin McKay & Rozie Gyems ‘Nothing Can Come Between Us’ is out now on Glasgow Underground. Listen via all platforms https://gu.lnk.to/nothing 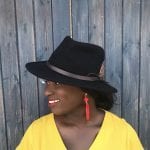 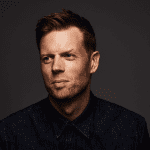