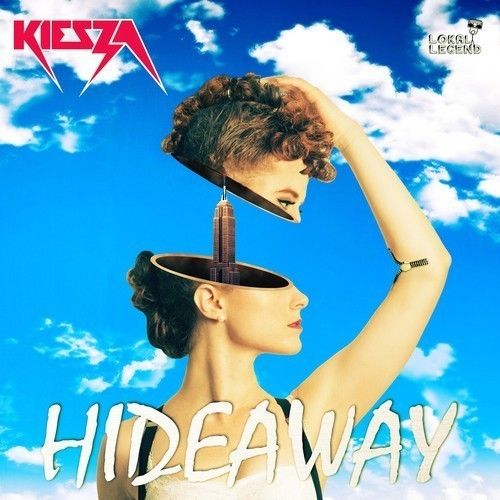 Hideaway is the debut release from Kiesza, on New York indie label Lokal Legend, out 9th Feb.  Inspired by epic nights out at NYC hotspots like Body & Soul, the EP is packed with deep house grooves and shimmering soulful melodies. Top it all off with an unexpectedly moving version of Haddaway’s ‘What Is Love?’, and you’ve got a fascinating musical polymath which is as colorful, diverse and surprising as the twists and turns that led her to where she is today.

Kiesza, Canadian currently living in New York, has experienced more than any of us could expect in a lifetime. Having only recently turned her hand to writing songs, the 25 year old is a trained ballerina who spent her teens in the Navy, where her shooting skills had such precision the Army tried to recruit her as a sniper; instead, Kiesza sailed to Hawaii then stumbled in to competing in Miss Universe Canada.

Many of the generation-defining voices Kiesza idolized as a child belonged to extraordinary talents whose natural habitat was the vocal booth. Kiesza pays homage to those singers — Michael Jackson, Martha Wash, CeCe Peniston and Robin S — while adding in more recent influences like Disclosure and Hot Natured to conjure an irresistible hybrid musical sensibility. She puts together her own extraordinary artwork, and has directed an incredible video for Hideaway.  What’s more, she’s got the star quality to take the songs to a whole new level.

Already receiving huge club support from the likes of Horse Meat Disco, Tensnake, Route 94 and The Magician, Kiesza will feature as BBC Radio 1’s Annie Mac ’Special Delivery’ this Friday – a rare occurrence for a brand-new artist. With a raft of London club shows and summer festival appearances to be announced, Kiesza is one artist ready and primed for 2014 world domination. A Hideaway remix is to come from Gorgon City.