MAKJ & Max Styler - Knock Me Down 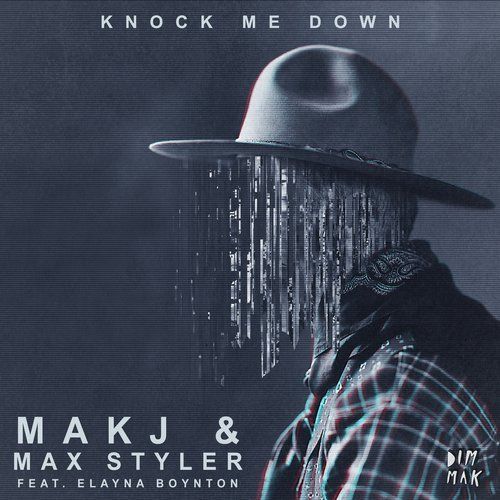 MAKJ & Max Styler - Knock Me Down

Reputable DJ and producer MAKJ joins forces with Dim Mak’s Max Styler for their collaborative single, “Knock Me Down,” out now via Dim Mak. The track features powerful vocals from Elayna Boynton, who has previously lent her vocals in Grammy Award-winning R&B singer Anthony Hamilton’s “Freedom,” which was featured on the official soundtrack of Django Unchained. “Knock Me Down” marks MAKJ’s first single on Steve Aoki’s illustrious independent label and lifestyle brand Dim Mak Records. This places the Californian producer alongside a wealth of credible artists including The Chainsmokers, Keys N Krates, Borgore, Steve Aoki among many others.

Discovering a passion for mixing and DJing by the age of fifteen, MAKJ has earned his title as an acclaimed producer, continuously exposing creativity and diversity throughout his music. At seventeen, he was able to hone and perfect his craft under the tutelage of legendary turntablist DJ AM. His originals, including his collaboration with Lil Jon, have landed him multiple iTunes Dance Top 10s and a spot two years in a row on DJ Mag’s Top 100 list. MAKJ’s prominence has continually led him to new heights, performing at festivals such as Coachella, EDC, Tomorrowland and Ultra. Having hosted his acclaimed weekly Revolution Radio show on SiriusXM Radio for three years now, Mackenzie Johnson has achieved an almost unfathomable amount of success at just 26 years of age. After releasing a collaborative track with famed party rocker and Internet personality Andrew W.K., MAKJ has been hard at work on his debut album, which is set to be released soon.

Joining forces with MAKJ on “Knock Me Down” is 21-year-old Max Styler. Fresh off of last year’s release of his debut album Heartache, Max is making waves with his impressive sound blending future bass and trap. Heartache received praises from LA Weekly, Dancing Astronaut, and DJ Mag, who wrote that the record "demonstrated his flair for futuristic flavor, haunting vocal samples and multifaceted sonic textures." Moreover, he recently dropped the remix package for the album’s title track featuring standout reworks from SMLE, MERCE, and Taiki Nulight. 2016 also saw Max blossom as a live performer, as he helped celebrate Dim Mak’s 20th Anniversary at Wet Republic in Las Vegas in addition to making his festival debut at New York’s renowned Electric Zoo. 2017 shows no signs of slowing down from Styler, who came out of the gate with the Monstercat release “Roller Coaster” alongside Dirty Audio, which stormed its way to #3 on Beatport’s Hip-Hop chart.