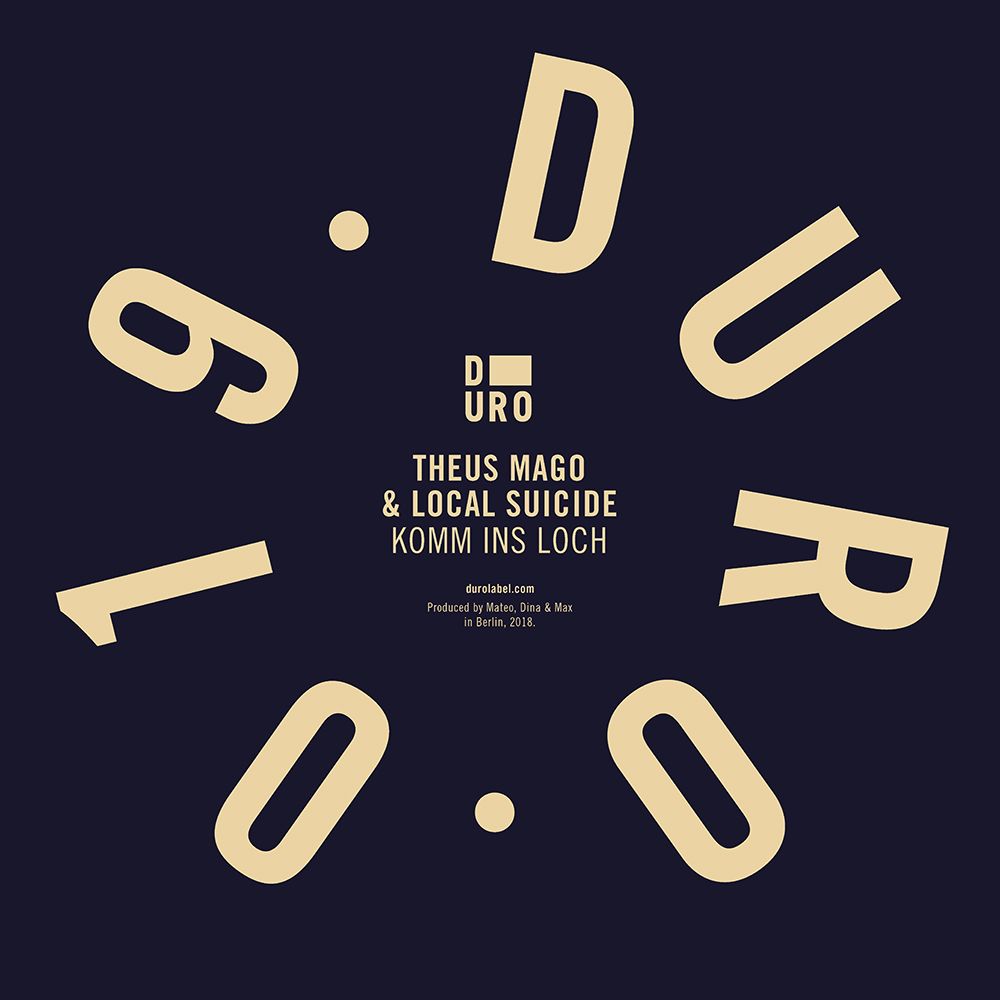 After a hugely prolific year for the Local Suicide duo, which has brought us collaborations with names such as Low Manuel and Mijo as well as DJ sets across Europe and Asia, they are joining the Mexican label Duro with a three-track EP as a joint effort with the label's owner Theus Mago. This Mexican producer comes off the back of a similarly hectic year, most recently releasing the ‘Inertials’ single and the acclaimed ‘Ella’ EP, featuring remixes from Arthur Johnson and Il Est Vilaine. This collaborative EP is a masterful blend of styles, merging Local Suicide’s characteristic catchy techno-disco sound with the darker notes typical of Theus Mago. His signature style is that of freeform, synth-driven, moody techno that brings together intricately interwoven influences from across the spectrum of electronic music, providing a perfect foil to Local Suicide’s infectious rhythms.

The original mix of the EP’s title track brings us straight into a snappy percussive beat offset by punchy synths, tempering the flowing grooves with deeper, more grounded vibes. Over the top we hear the invitation from Local Suicide’s Brax Moody to “komm mit mir ins Loch”, or “come into the hole with me”, an enigmatic message that calls for us to fall deeper into the world of sound that they are creating. This is followed up by a package of two remixes from Berlin-based producer and Aleph Music label owner Aeraand versatile Mexican techno producer Colossio. The former provides a rework that extracts the energy from the soaring highs of the track and redirects it into a far grittier and more driven number, whereas on the flipside Colossio delivers an interpretation that is jacked up to the max, creating a powerful and danceable tune.

This release is brought to us by Duro, the rapidly growing Mexican label responsible for some of the most exciting releases in Latin America over the last few years from artists such as Mijo, Bufi and Ambiance. Having already received plays from Solomun in his Tomorrowland set and Âme in his b2b set with Dixon at the Innervisions Off Sonar party in Barcelona, the anticipation for this release is high, and when it lands it will not disappoint. Local Suicide and Theus Mago’s ‘Komm Ins Loch’ EP will be released on the 18th of January 2019, and snippets are up now on Duro's SoundCloud channel for immediate news sharing.