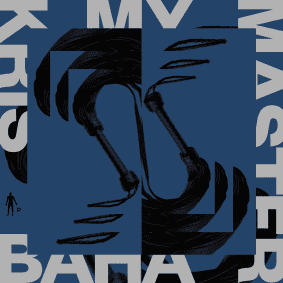 Originally from Melbourne and now residing in East Berlin, Kris Baha has firmly embedded himself into the musical sphere that surrounds him after launching his Power Station label and weekly Melbourne club night in 2015. Kris has since gone on to release music on She Lost Kontrol, CockTail d’Amore, Bahnsteig 23 and his Power Station imprint, in addition to playing regular shows in and around the European club and festival scene. ‘My Master’ sees Kris return to Marsman’s Rotterdam based imprint that continues to maintain its intriguing catalogue contributed to by the likes of Amato, Dreams, Identified Patient, Black Merlin, Drvg Cvlvre and many more.

A1 Fuels The Fire
A2 Two Sides
A3 Chase Your Shadow
B1 Serve, Obey
B2 My Master
B3 Fuel