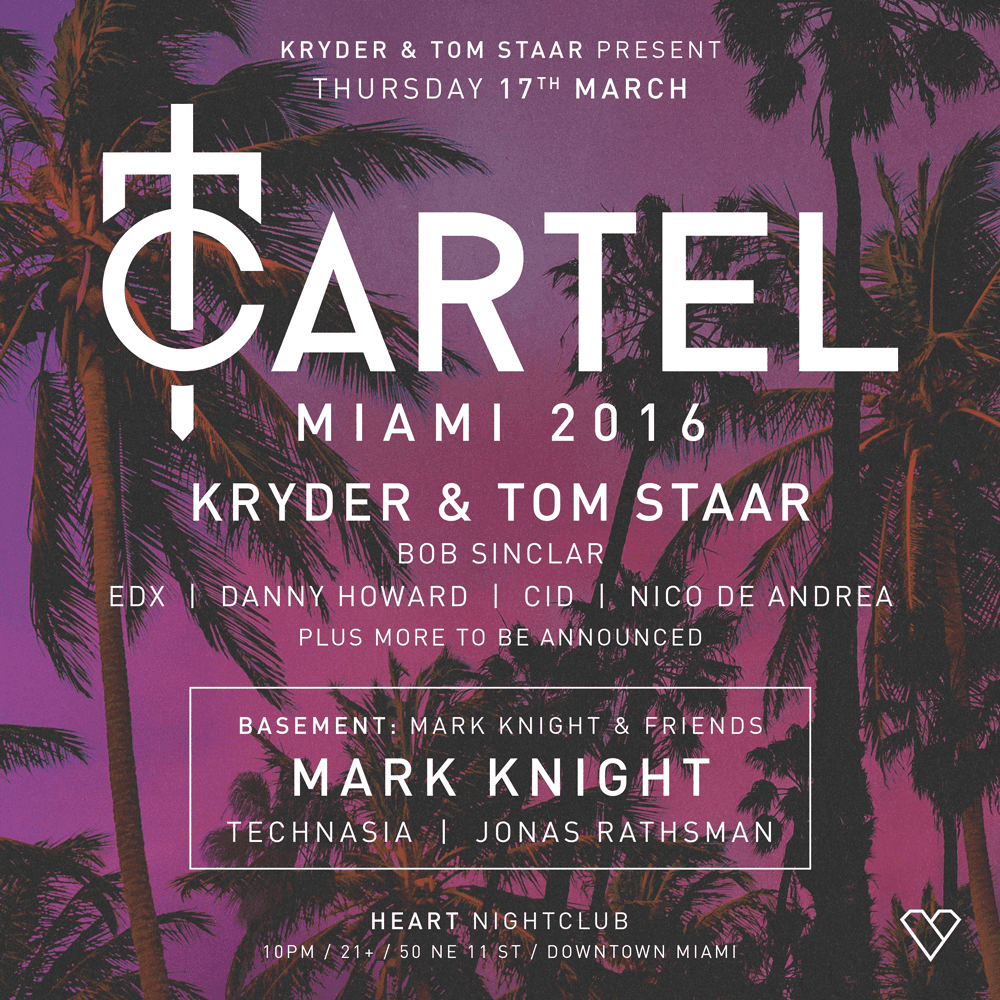 Kryder & Tom Staar have long been a formidable team, whether it be their co-productions (De Puta Madre, Jericho, Big Momma's House) or their unrivaled big room house remixes for the biggest names in dance music, such as Armin Van Buuren, Dimitri Vegas & Like Mike, David Guetta, Sam Feldt, Michael Calfan and more.

Favorites of DJs the world over, this year will see this collaboration take a giant leap forward as "Cartel". With new music powered by the engine of Spinnin Records and no longer conforming to genres, both Kryder & Tom Staar will launch a brand new label that will lead the way with groove inspired electronic music.