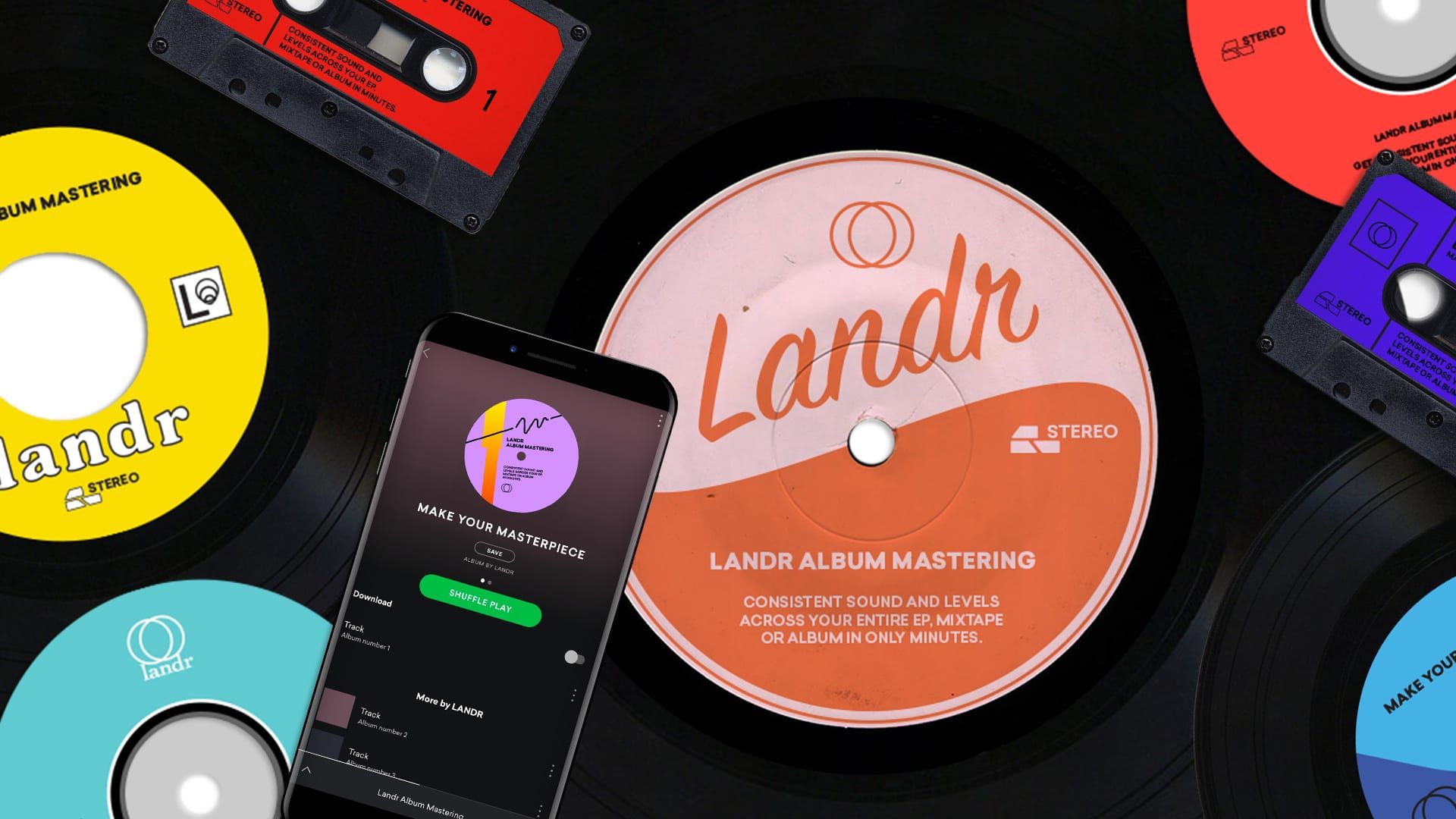 Master a complete album in minutes with new artificial intelligence (AI)-driven album mastering offered through LANDR.com.  By simplifying the technical challenges of mastering an album, LANDR is freeing artists to focus exclusively on the creative aspects of putting together albums, compilations, mashups and mixtapes. With the release of album mastering, LANDR is ensuring that artists have a fast, easy and affordable way to deliver a cohesive, unified listening experience across an album without compromising independent mastering from track to track.

With over 8 million tracks mastered through LANDR, its proprietary AI audio processing engine has been battle tested by over 1.7 million users from 200 countries, to understand and identify the nature of any incoming content, whether songs, spoken word or variable music genres. The knowledge base of LANDR’s AI mastering engine has been built up to accurately master each track according to its essence, and furthermore can master an ensemble of tracks so that an album carries common properties that fit together cohesively.

“Album mastering is a challenge even for experienced engineers, who trade off between the competing demands of disparate tracks while respecting the artist’s creative goals in assembling and sequencing their songs,” said Daniel Rowland, LANDR’s Head of Production, Grammy award winner and collaborator with Nine Inch Nails and Adrian Belew. “We invested 18 months of dedicated development to translate the decisions that mastering engineers make in putting together an album into automated processes. This is something that both individual artists and labels have been asking for, and we’re the first cloud-based platform to offer mastering across an entire album.”

LANDR decided to support album mastering in response to demands from both individual artists and labels. LANDR is the leading AI platform for music creators, and today launched a major advancement in its AI audio processing to balance EQ, compression, and levels across anywhere from 2-20 tracks to help artists achieve a unified album listening experience. Album mastering launches today as a value-added service to all LANDR subscribers.

LANDR is the world’s leading AI platform for music creators, offering a full suite of tools to help artists collaborate, master, distribute, and promote their music. LANDR supports the entire lifecycle of music creation and sharing, by empowering artists to create and get heard. LANDR is partnered with a long list of industry heavy-hitters, from pros like SACEM, iconic gear manufacturers like Shure, Pioneer, Avid and Roland Cloud, to major digital stores like Spotify, Google, Apple and Amazon.