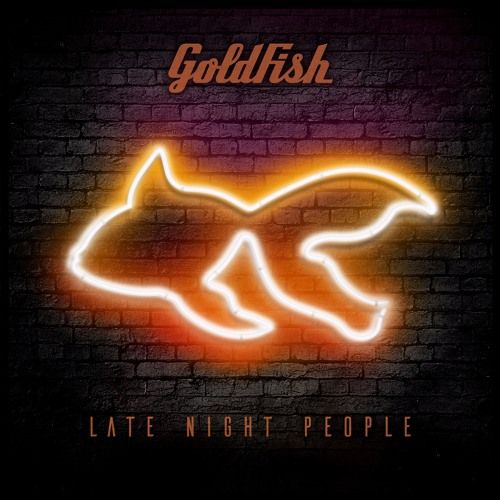 From day one, GoldFish have chosen to carve their own path to success instead of taking shortcuts, an ambitious mindset that has already inspired four award-winning albums. But today, this Electronic Music duo has raised the bar even higher with a body of work that’s kaleidoscopic and unified like a great night out should be. ‘Late Night People’ is here.

Following MTV Africa Award winning album ‘Three Second Memory’, fifth album ‘Late Night People’ radiates a sense of coming home, of discovering a piece of the world that has yet remained unclaimed and untainted. Between its funky and sexy title track, the upbeat ‘If I Could Find’ and the ever-vibrant ‘Rising Sun’ (with Pontifexx and Gustavo Bertoni), the album harbors twelve records that are as diverse as they are alike, coexisting peacefully.

Loved for their innovative live performances and cheeky animated music videos, GoldFish have also added something extra in support of their album release. Alongside long-time collaborator and animation expert Mike Scott (Disney, Nickelodeon/Cartoon Brew), they seized the opportunity to launch another one or their outspoken, yet comical music videos, once again sharing their own view on the current state of the electronic music industry. It proves a brilliant video brimming with entertainment and social commentary, just like their music.

Since locking themselves in their bedroom studio and emerging with debut album ‘Caught In The Loop’ in 2006, GoldFish have gone from one of dance music’s best-kept secrets to luminaries both as producers and on the live front. Their can-do attitude and unique musical vision led them to countless sold-out performances and festival appearances, a top 10 in the iTunes Dance chart in the United States, an MTV Africa award, a four-year residency at Pacha Ibiza and a list of support that runs from Sam Feldt and Klingande to Thomas Jack and Robin Schulz. A landmark in itself, their fifth album ‘Late Night People’ is bound to make the duo stand out in and beyond the world of dance music.