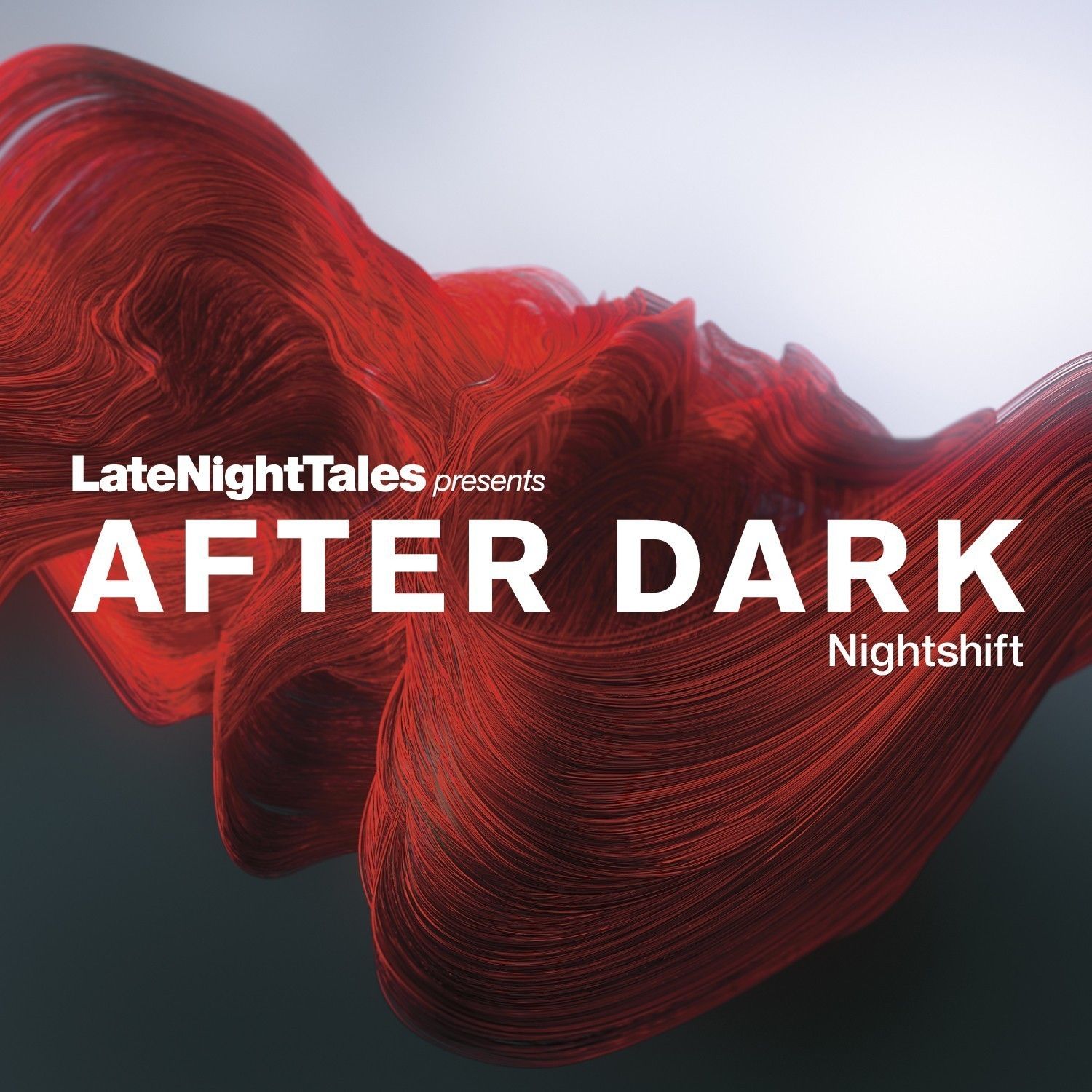 Late Night Tales welcomes back the cult figure and ultimate musical connoisseur, Bill Brewster, to  compile  his  second  episode  of the curated compilation series ‘After Dark’. An obscure  and timeless DJ-led  journey which begins  somewhere out  in the near ocean, the waves  are rolling and  lolling  gently  into  the  shore,  while  a  full  moon  shines  on  the  surface.  It’s  only  faint,  but somewhere nearby is the sound of bass, pulsing slowly, almost in time to the waves. Welcome back to ‘After Dark: Nightshift’.

Once again Bill Brewster comes armed with a sensitivity and sense of occasion that few other DJs possess. Featuring four new and unreleased tracks from the likes of The Grid & RobertFripp, The Gino Fontaine  and The Detachments, NightShift delivers another batch  of slow cooked  musical  stews, making  sure  the tempo stays nice  and  steady and the  emphasis is on funk, soul, grits and corn fried chicken, Brewster has done so much digging, Late Night Tales had to hire a forklift truck and tractor.

BACKGROUND
Late Night Tales  invites the world’s  best artists to delve deep into their music collections to create the ultimate “late night” selection. The series features expertly curated mixes by MGMT, Friendly Fires, The Flaming Lips, Metronomy, Groove Armada, The Cinematic Orchestra, Four Tet, Belle & Sebastian, Jamiroquai, Midlake, Arctic Monkeys and many more top artists. Afterdark is its quirky and mischievious sibling,  born  in 2013 with a critically-acclaimed debut speared by Bill Brewster, its a timeless journey into the history of the dancefloor.

Featuring a fine selection of unreleased  nuggets,  including  a  Fernando mix  of  The Detachments;  the inordinately exciting Gino Fontaine, a tune spotted a year ago but has languished in Andy Meecham’s Stafford catacombs ever since. Also unearthed for the first time are some  hitherto  secret recordings  between Robert Fripp and The Grid, and there are also some proper club faves here, too, like the daft but brilliant ‘Mopedbart’ by Hubbabubbaklubb and the luminous ‘Boutade’ by Mugwump, as well as killer oldies like Salsoul Invention and General Lee.

Originally a chef, a football pundit (co-editor of fanzine When Saturday Comes) and record collector,  Bill  began  DJing  in  in  the  late  80s, but he  cut  his teeth playing  Low Life warehouse parties in Harlem and the East Village and anyone hearing Bill today can see how these New York ‘roots’  shine  through.  For  eclecticism,  surprises,  amazing  unique  music  and  sheer  long-haul dedication to the dance-floor; Bill’s your man.

His other life is as a writer. Together with long-term pal Frank Broughton, Bill is author of the definitive history of DJing, ‘Last Night A DJ Saved My Life’, the uniquely sardonic DJ manual ‘How To DJ (Properly)’ and has contributed his acid Grimsby wit and encyclopaedic knowledge of music to just about every dance rag there is, not to mention The Guardian, Independent and Mail On Sunday.

Nightshift asks you to put your glad rags on, the glittery boots with the worrying heels, and some sparkly make-up. Girls, you can wear what you like. Hold on to the rails, it’s going to be a bumpy ride. The moon’s sinking fast, we better get a move on. After Dark, here we come.