Rudimental - Lay It All On Me (Rudimental VIP Mix) 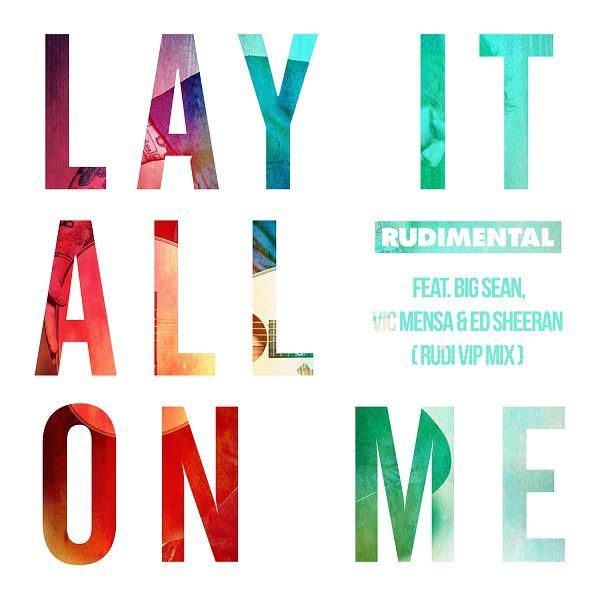 Rudimental - Lay It All On Me (Rudimental VIP Mix)

Global platinum-selling four piece RUDIMENTAL have teamed up with two more of the hottest acts around and unveiled the Rudimental VIP Mix of Lay It All On Me feat. Big Sean, Vic Mensa & Ed Sheeran.

This isn’t the first time the London four-piece have worked with Grammy-nominated rapper Big Sean, as Piers from the band explains below;

“We did a remix for Big Sean a while back, so we then hooked up a session for when he was next in London. We knew we wanted to collaborate on something and he really felt LIAOM, so we reworked it and changed the beat to make it suitable for a rapper.”

“Vic Mensa is one of our favourite up and coming rappers so we got really excited when he agreed to jump on for a verse. It felt like a good fit with Big Sean and we’re so pleased with how it’s turned out.”

Lay It All On Me is taken from their second album, WE THE GENERATION, which went straight in at number 1 in the official UK Albums Chart upon release in October. The original version of the track has already sold over 285,000 copies in the UK and been streamed over 68 million times on Spotify. Rudimental’s second album, WE THE GENERATION, marks a progressive Rudimental, a genre-defying collective that are continuing to change the face of dance music.

Following a hugely successful summer on their home turf, including headline slots at Glastonbury, Lovebox and their own Wild Life Festival, the Hackney four-piece are now taking their music and positivity truly global with the We The Generation World Tour, taking in shows across Europe, Asia, the U.S. and Australia. Their incredible sold out Ally Pally show in London garnered glowing reviews (“irresistible”, Evening Standard, 4 star; “the new voices of a generation”, Independent, 4 star) and the band have now announced a huge nine-date 2016 UK headline tour, which will include their biggest show to date at London’s O2 Arena on 3 March 2016. Full dates listed below.