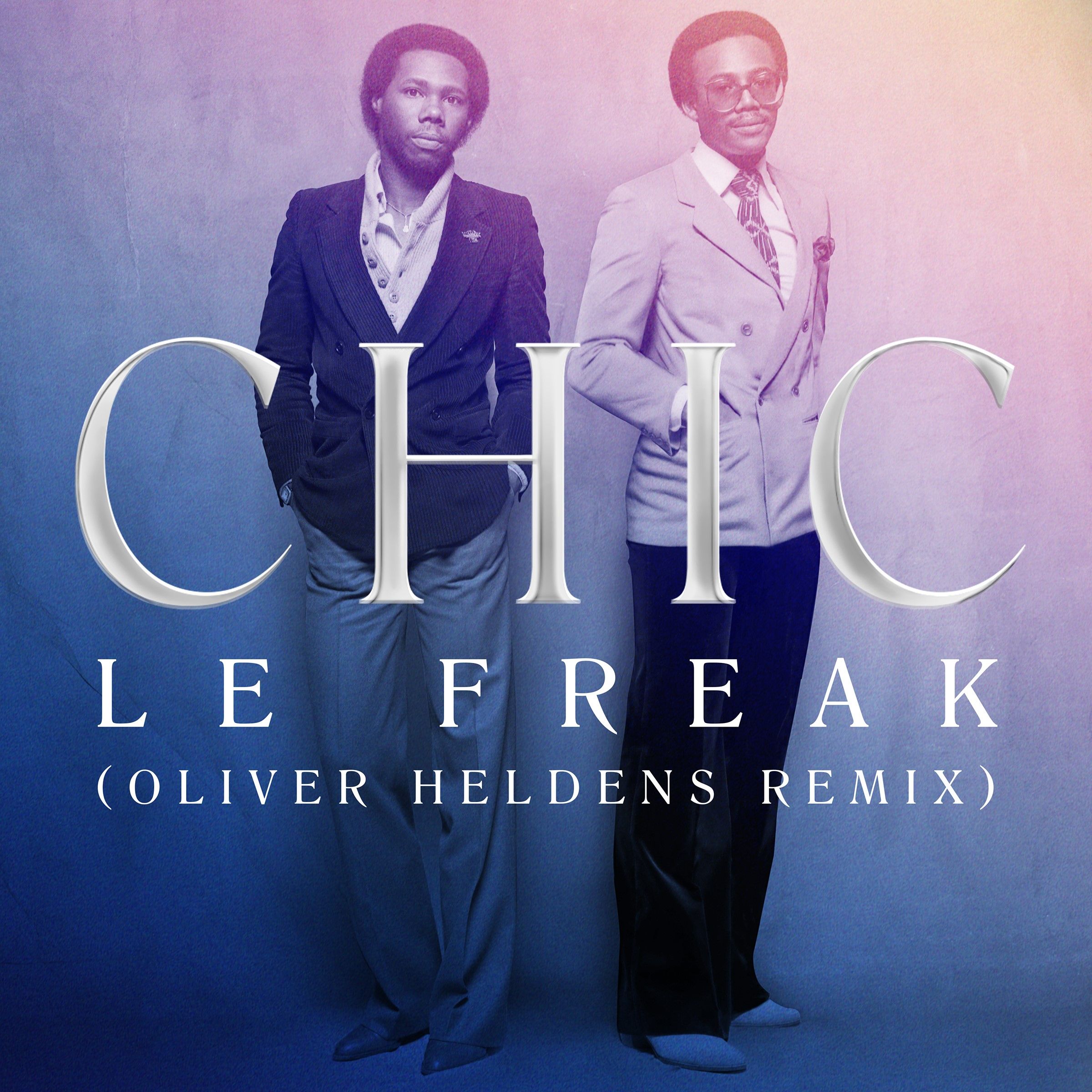 Oliver Heldens brings back the heat in a big way, reworking CHIC’s legendary worldwide hit, which deservingly held the #1 spot on the Billboard Hot 100 and R&B Charts and was the first song to score the number one position on the Billboard Hot100 three separate times, while selling over seven million copies worldwide. Heldens adds his signature style to create a contemporary house music anthem with bouncing baselines and smooth, catchy melodies, making it just as much an indulgent tech-house tune as it is a nostalgic trip back to the disco era. The track has already received an enormous response in club rooms internationally, alongside DJ support from A-Trak, Mercer, and Dannic.

The comic-book style video featuring Rodgers, Edwards and Heldens opens with a recalling of the original tale of "Le Freak," which Rodgers describes as the outcome of navigating the music scene as an up-and-coming artist, and being turned away at nightclub Studio 54’s doors shouting “aww, fuck off!” which evolved into the legendary line “freak out!”

The multi-platinum selling, 3x GRAMMY-Award winner, Rock & Roll Hall of Fame inductee and Songwriters Hall of Fame Chairman and inductee also expressed excitement for refreshing “Le Freak”: “The core of my music has always been joy. Celebrating 40 years of ‘Le Freak’ and spreading joy through dance music is as strong and unifying as ever. Many of the world’s leaders have lost their minds but when we get on the dance floor we are all one and we have no differences. That’s what made ‘Le Freak’ so successful in the first place and Oliver has captured that spirit with this new remix. You will definitely want to move. I’m very proud that it’s the biggest selling song in the history of Atlantic Records but it means even more that it continues after 40 years to unite and bring happiness to so many people.”

House-hitmaker Oliver Heldens shares his enthusiasm: “I have always been a fan of disco music, and CHIC’s ‘Le Freak’ is one of my favourite disco songs. Growing up I heard it a lot because my parents loved CHIC. I really admire Nile Rodgers and he was always high on my list to work with, so it was a big honour that he asked me to remix Le Freak. I tried to keep it true to the original and had a lot of fun remixing it. I'm very happy with the result and super proud to release this remix.”