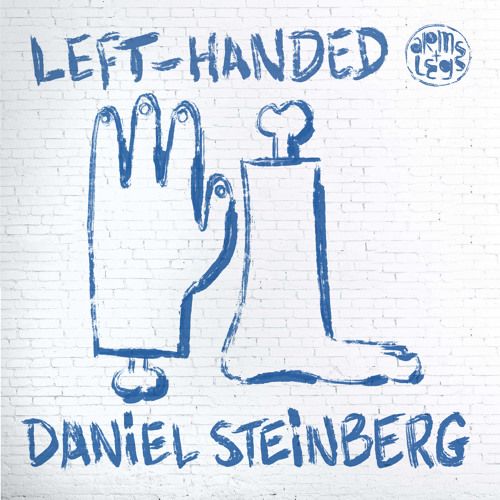 Berlin DJ/producer Daniel Steinberg returns with his wonderful third album ‘Left-Handed’ – a kaleidoscopic trip through house, electronica and jazz and imbued with the artist’s trademark warmth and adventurous musical spirit.

With any rich, textured, personality-laden Daniel Steinberg release, there’s always a story. An entertaining tale often of misfortune and downtrodden luck that eventually gives rise to inspired moments of creative clarity and some of the finest productions of the German’s career.

True to form – ‘Left-Handed’ is no different. The colourful 9-track work was born out of a booze-fuelled accident around Christmas last year that resulted in a fracture to Steinberg’s right wrist. With his girlfriend heading home for the holidays and a broken internet connection, the Berliner had little else to do but pour his focus into music.

“As luck would have it I am left handed, the fracture nevertheless really slowed things down. At first it was super annoying, but as the days past I realised what a blessing my drunken fall had been. The pain from the fracture forced me to take my time, which I had, laboring over every single sound,” he shares.

This attention to detail and free-wheeling spirit can be felt throughout the album as Steinberg delivers his most expansive work yet; from opening track ‘Corn Dog’ – a melting pot of Latin tech, funk, rap and jazz to the bluesy ‘No One Can Change Me’ and the jacked-up ‘90s inspired breaks of ‘Crucial’. This is an album’s album that’s heavy on highlights, while working beautifully as a cohesive whole.

A standout artist on Jesse Rose’s Front Room imprint culminating with the release of his debut album ‘Shut Up’ in 2010, Steinberg launched his own label Arms & Legs the following year on which his sophomore longplayer ‘Treptow’ was issued in 2013. ‘Left-Handed’ follows up his 2014 single debut on Defected ‘Let Me Down’, that backed by a remix from Tube & Berger was anointed Essential New Tune by Pete Tong.