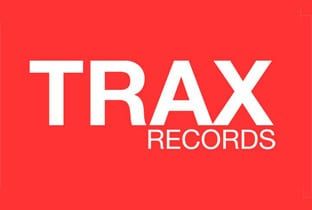 TRAX Records will land in Paris on 29th July for their first ever, official TRAX Records night. The Chicago-based label, widely acknowledged as the original and most influential label in house music, will take over Nuits Fauves club, for a night that celebrates the classic sound of TRAX Records, along with some new musical surprises from the legendary label. The DJ lineup includes some of the TRAX Records original artists; true innovators who have secured their places in house history. Stepping up to the turntables will be the Godfather of House, Marshall Jefferson, house and techno pioneer, Joey Beltram, original Fingers Inc founder, Robert Owens and Chicago’s original Queen of House, Screamin’ Rachael. Tickets to this unique event cost €15 +b/f in advance and €20 on the night. from www.nuitsfauves.com/fr/billeterie/.

From its inception in 1984, TRAX Records was behind many of house music’s defining moments, such as ‘Move Your Body’ by Marshall Jefferson, the first real ‘house music anthem’, ‘Can You Feel It’ by Fingers Inc, Frankie Knuckles' seminal masterpiece ‘Your Love’ and Joe Smooth’s ever popular ‘Promised Land’. Aside from the artists already mentioned, TRAX Records was home to an incredible list of influential artists including, Phuture, Adonis, Farley Jackmaster Funk, Frankie Bones, Ron Hardy, Jamie Principle, DJ Pierre, Jesse Saunders, Larry Heard – the list goes on! The TRAX Records legacy is plain to see but far from resting on its laurels, and driven by original co-founder Rachael Cain (Screamin' Rachael) TRAX continues to release new music from the likes of James Curd, Little Boots, Nic Sarno, Tyler Stone, Screamin’ Rachael herself and more.

TRAX Records President, Rachael Cain reveals, “It’s been a dream of mine to unite the people I grew up with, so that we can spread the enduring magic that we’ve created through our music to the world! I hope that this concert will be the first of many.”

Those attending the TRAX Records night at Nuits Fauves will see some real legends at work. Marshall Jefferson needs little introduction; the 'godfather of house’ was the first to use piano in house music in ‘Move Your Body’ and went on to record tracks under various names such as Virgo, Jungle Wonz and On The House, bringing house music to a global audience. Joey Beltram is credited with revolutionising house and techno with tracks like ‘Energy Flash’ and ‘Mentasm’, and released a series of genre-defining records on TRAX from 89-91. Robert Owens remains a hugely talented DJ, producer and singer, perhaps most recognised as the singer on the Frankie Knuckles classic ’Tears’. He helped kickstart the Chicago house scene alongside Larry Heard and Ron Wilson as part of Fingers Inc. Screamin’ Rachael was, and remains, a key player in the Chicago house scene. As co-founder and President of TRAX Records, as well as a successful artist on the label, she was instrumental in building the scene, spreading it to New York and then taking it global.

Nuits Fauves is one of the leading clubs in Paris; situated on the banks of the River Seine, this industrial-styled, warehouse space with a Neo Punk aesthetic delivers a consistently subversive and underground vibe. Recent visitors to Nuits Fauves include Ame, Osunlade, DJ Pierre, Ben Sims, DJ Sneak, Dubfire and many more. Nuits Fauves is the perfect backdrop for the first ever TRAX Records event. Expect something special as the originators of house music come to town.