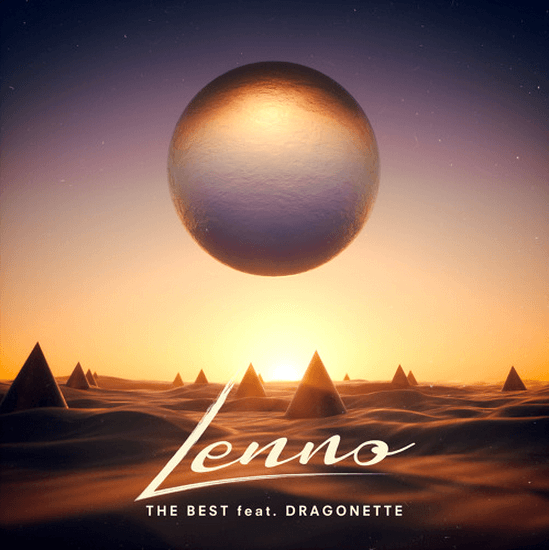 Following on from his international hit ‘Wake Up’ and swathed in unashamedly feel good nu-disco vibrations, Lenno’s newest original single ‘The Best ft. Dragonette’ is a perfect statement of intent from the young Finnish producer – positive, cutting edge, and made for the dancefloor.

The track features Dragonette, Toronto-based trio heard on Martin Solveig’s ubiquitous ‘Hello’ and ‘Outlines’, the UK number one hit with Mike Mago. Mixing organic and digital sounds, ‘The Best’ tells the story of falling in love at a party, with Dragonette singer Martina Sorbara’s vocal bobbing and weaving between pixelated synth sounds, resulting in an endorphin-inducing serenade that is as infectious as it is personal.

If the vocal line of the original brings feelings of intimacy on the dancefloor, Finnish producer Jesse Kiis has repurposed Sorbara’s lyrics, telling the story of falling in love with the club itself. The 23 year old Refune DJ’s progressive-house inflicted remix of ‘The Best’ reflects the heady euphoria of a perfect night out, with its rhythmic melody pattern and pounding beats willing the listener to stay suspended in the moment.

About the artists:
Lenno is a 19 year old super producer, hailing from Finland and signed to Casablanca Records in the US (home to the likes of Martin Garrix / Chase & Status / Tiesto etc). Deemed the nu-disco wunderkind, his outstanding indie dance sounds have earned him mass support transcending his own scenes into wider genres of dance music, remixing the likes of Ariana Grande, Kelly Clarkson, Martin Solveig and Above & Beyond in the process. Lenno is just as much of a hit online as his international touring schedule would suggest, topping HypeMachine a number of times and gaining over 5 million Soundcloud plays over the past 2 years.

Jesse Keiss was picked up by EDM star Kryder and released his debut track ‘The Heist’ on his imprint Sosumi Records in 2014 – gaining him attention and support from the world’s top DJs: Axwell, Ingrosso, Otto Knows, Alesso, Deniz Koyu, and became one of Danny Howard’s coveted ‘Dance Anthems’ on Radio 1. With a debut performance at Tomorrowworld in the US and releases on Refune, Jesse looks ready to become one of the few household names in dance music.