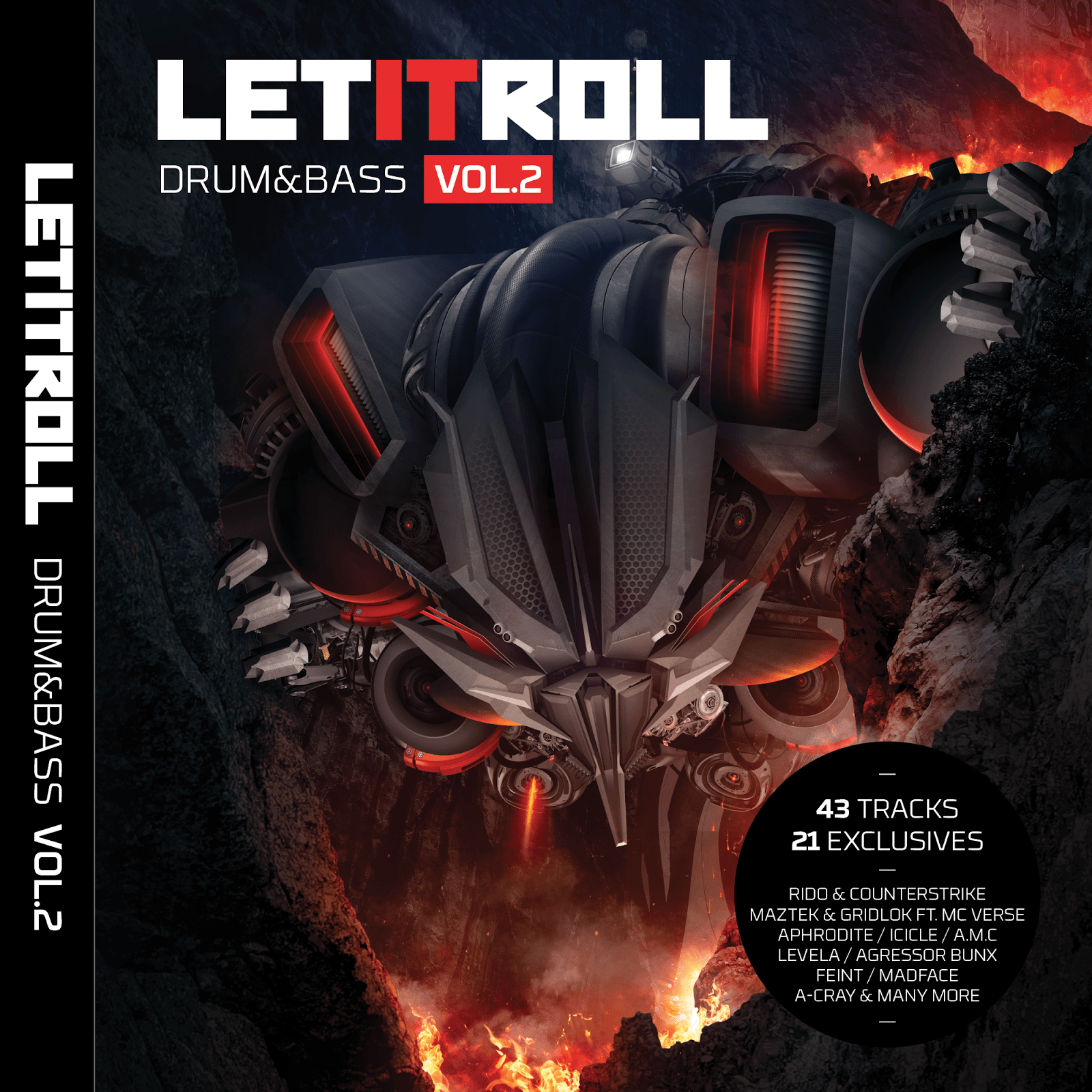 Let It Roll never do things in half measures, having conceived and evolved the largest 100% d&b festival in the world with a loyal and passionate fanbase numbering in the tens of thousands. Their identity undoubtedly lies at the apex of live events, with genre-defining line-up choices. It was only fitting then that a label would rise from such solid foundations: brought to life in 2016 with their first compilation the imprint brings a wide array of artists together to realize an incredibly weighty audio tome of drum & bass. 2017 brings with it the 2nd chapter with vol.2 bringing a gargantuan 43 tracks, including 21 exclusive new tracks.

Let It Roll Vol.2 features a fierce archival selection, with some of the year’s biggest anthems such as ‘Dead Limit’ from Noisia & The Upbeats, The Prototypes’ Transmission, Dimension’s Automatik and Emperor’s I Was, alongside bona fide classics such as dBridge & Vegas – True Romance and the heavyweight underground sounds of artists such as Misanthrop, Current Value and Ivy Lab.

But with 21 slabs of some of the freshest and thoroughly diverse material that d&b has to offer, this is where it really delivers a delicious to your audio receptors. Rido & Counterstrike deliver a deadly update to their bespoke festival anthem with Let It Roll VIP, which ups the grit and takes the tune to new and filthy subsonic lows, whilst original dnb pioneer Aphrodite baptizes the label with his fresh but old school take on Let It Roll.

On the cutting edge, the ever-more established French trio Signs come with a full frontal tech assault in Motion Capture, with driven frenetic percussion and hostile strobing synths. Icicle unfurls the immaculate levels of production that everyone has come to expect, with Electronic Bandwagon bringing unimaginable levels of bounce that skirts the line between aggressive and playful. Changing Faces and Ero Drummer set scenes of immaculate and smooth beauty with Day for Night and About You, immersing tired ears in a sea of liquid awe, heavily contrasting to Maztek & Gridlok’s disgustingly heavy onslaught with Black Sky (ft. MC Verse).

Let It Roll are undeniably one of today’s most fundamental institutions in drum & bass, delivering here an LP of significant proportions only fitting to the nature of their behemoth. Out on the 10th February, Vol.2 is a mighty fine way to welcome you to the core.