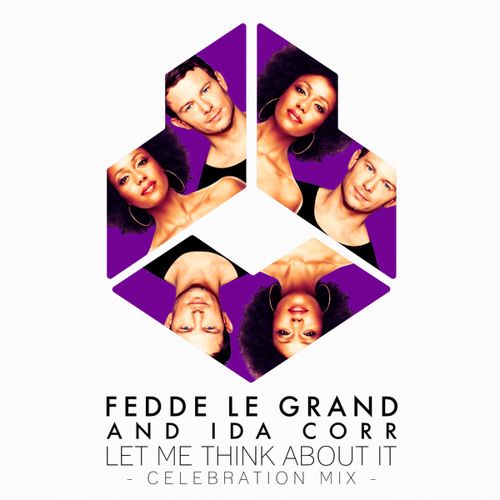 It’s been quite the decade since Fedde Le Grand and Ida Corr teamed up for the now legendary ‘Let Me Think About It’. Emerging in 2007, the song rose to stardom as an immensely popular Ibiza anthem, hit #2 in the UK Singles Chart and put its creators even firmer on the dance music map. Now, ten years later, a new take on the IDMA-nominated record lands onto Fedde Le Grand’s Darklight Recordings for another round of all-out floor thrilling: the Celebration Mix of ‘Let Me Think About It’.

Turning the world of dance music upside down in a fashion similar to that of its predecessor, the Celebration Mix of ‘Let Me Think About It’ sees Fedde Le Grand and Ida Corr offer a thunderous spin on their iconic collaboration. Equally funky and dancefloor ready, this fresh version drives the original’s rawness into overdrive and turns the global population into one big, sweaty mass of swirling clubbers. The support from hotshots such as Dannic, Dimitri Vegas & Like Mike, David Guetta, Hardwell, Martin Garrix, Nicky Romero and W&W says it all; putting this cut at the top of your playlist is a definite no-brainer.

A tastemaker in the dance music scene since 2006 single ‘Put Your Hands Up For Detroit’ shook the very foundations of the industry, Fedde Le Grand has been one of the scene’s flagbearers for over a decade. A star DJ, acclaimed producer and the head honcho of his own label (Darklight Recordings), the Dutchman entered into a new chapter of his career earlier this year and has been killing it with his latest slew of productions, including ‘Dancing Together’, ‘Firestarter’ (with Ida Corr and Shaggy) and radio smash ‘Wonder Years’ (feat. Adam McInnis). Through those top-tier productions and this equally impressive celebration mix of his and Ida Corr’s hit single, Fedde Le Grand’s has laid the foundations for at least another phenomenal decade to come.