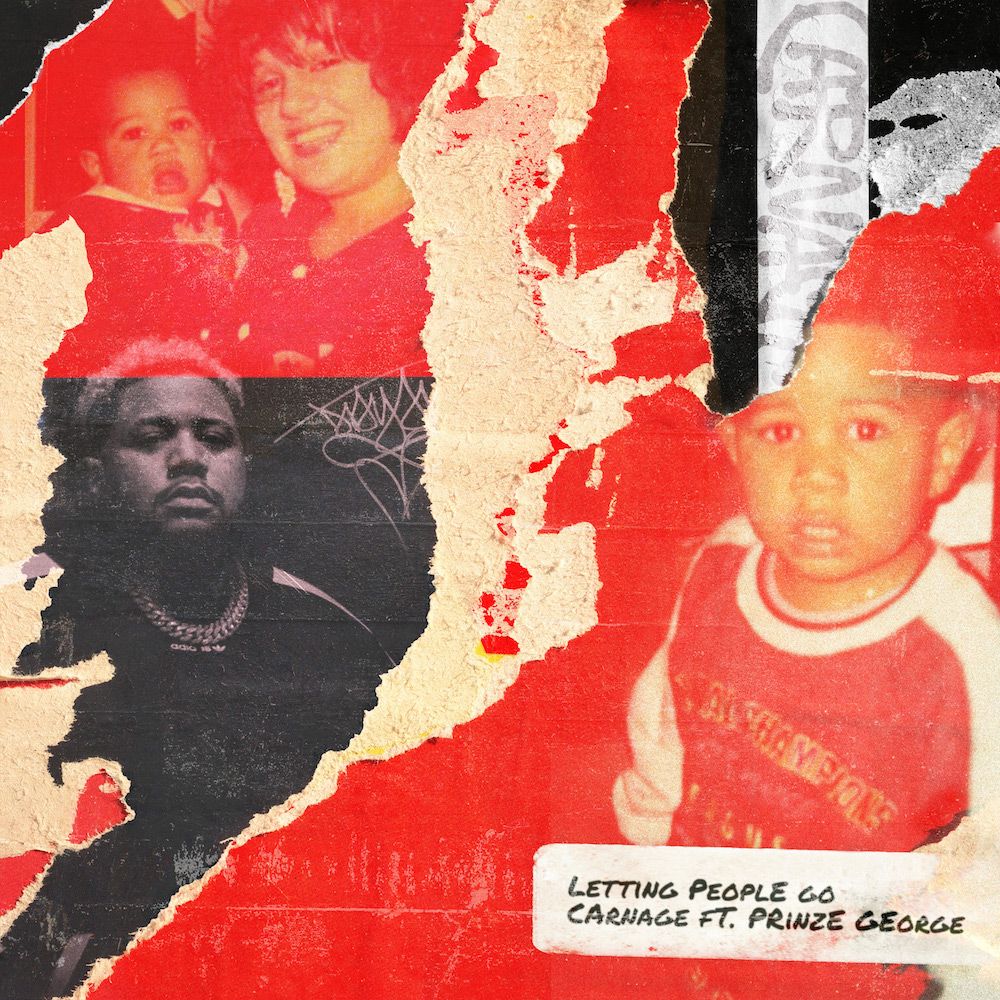 After the recent announcement of his forthcoming ‘Reincarnation Tour’, international DJ and producer Carnage returns from his 2018 hiatus. Delivering the first single since his break, Carnage has unveiled ‘Letting People Go’, a new sonic direction for the young producer and his most personal release to date, sharing his previously story as a first-generation immigrant.

The Heavyweight Records founder (real name Diamanté Anthony Blackmon) recently penned a powerful op-ed on Billboard citing how the deaths of friends and collaborators Mac Miller and Aviciideeply impacted him. Carnage has returned with a new attitude towards his music and the platform it has given him as an artist.

“Moving forward I want to connect with my fans in a way I never have before. I used to be scared and embarrassed to tell my story. Now I am proud of it and I want you to know it. My mother left Nicaragua, traveled through Mexico, and crossed the Rio Grande into America as an illegal immigrant to create a better life for me. I came to this country speaking little to no English. In this crazy world we all live in now I am embracing this – I am a proud immigrant.”

Now serving as an ambassador for the RAICES Foundation, a nonprofit agency that provides free and low-cost legal services to underserved immigrant children, families, and refugees based in Texas,Carnage will donate $1 to the charity for every user that saves the track on Spotify or Apple Music and work hand-in-hand with the foundation moving forward.

Taking to Instagram to express his gratitude following the hiatus, Carnage stated:

“I’m ready to make my next step into changing music forever…this is my favorite record I have ever made…and I hope you guys enjoy it…and to everyone that has helped me get to this point I wanna thank you for taking risks….I dedicate #LPG to my grandmother… just like a lot of mothers dealing with the atrocities at the border she also had her children took from her which included my own mother when crossing the border into McAllen, TX. I also dedicate this song to #ELPASO and to all the families that have been split in border towns all over the US.

Going on to thank a number of his fellow producers, including Tiësto, Erick Morillo, Borgore, and Migos in the emotional post, Carnage’s 2019 revival sees a fresh approach to his work with a brand new and re-energized vigor.

A self-made artist, Carnage has made a monumental impact on both hip hop and dance music with huge records such as ‘I Like Tuh’ feat. ILoveMakonnen, which amassed over 100 million Spotifystreams. Having collaborated alongside heavyweight talents including Migos, Lil Pump, Steve Aoki, A$AP Rocky, Lil Uzi Vert, KSHMR, and many more, few artists artists are able to move between genres as seamlessly as Carnage.

Joining the billing for Insomniac’s Beyond Wonderland festival in March, Carnage will also take part in the Miami Music Week madness, before heading to Europe for a run of shows across spring/summer.

‘Letting People Go’ is now available worldwide across all streaming platforms. Stay tuned for the music video in the coming weeks.

Full details of ‘The Reincarnation Tour’ can be found below, with tickets available atwww.papigordo.com.