Julia Biel - Licence to be Cruel 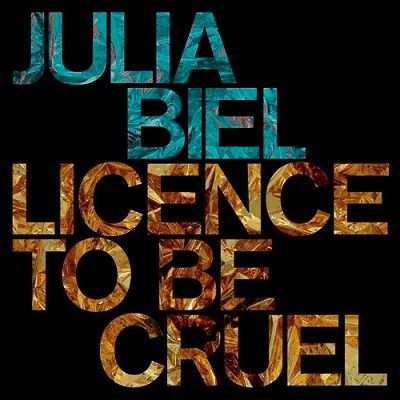 Julia Biel - Licence to be Cruel

Award-winning singer, songwriter, pianist and guitarist Julia Biel, whose timeless, original music hovers in its own stratosphere between its jazz, pop and indie rock influences, has never been afraid to mix things up to create something of her own. Now, forthcoming EP release ‘Licence to be Cruel’, featuring remixes of songs taken from her second album ‘Love Letters and Other Missiles’, gives her mash-up of influences an electronica spin that frames her in the most contemporary of settings.

Alongside her unique perspectives on life and love, coupled with cinematic backdrops hinting at trip-hop, Radiohead, 1960s psychedelia and Massive Attack, Julia has been turning out a steady stream of striking collaborations with the likes of Ben Watt (Everything But the Girl), twice Mercury Prize nominated Polar Bear and Hidden Orchestra (Tru Thoughts).

Clearly attracted to other music-makers as audacious in their own art forms, the results by the assembled cast on this EP are individually and collectively stunning. Kicking things off is Brooklyn-based Son Lux, a former Pitchfork ‘Artist of the Year’ whose previous work with Lorde and Sufjan Stevens stands him in good stead to transform Julia’s earthy tones into a quirky and somewhat futuristic take on the title track ‘Licence to be Cruel’. This is closely followed by a dark and dirty trip-hop version of ‘You Do My Head In’ from the equally dark enigma TRIPTYC.

Up-and-coming South London producer WU-LU (known for his work with Ego Ella May) moves the EP on with an alternative soul remix of ‘We Watch the Stars’; whilst grassroots favourites Yes King and Soothsayers give the same track a gloriously feel-good reggae slant. Finishing off proceedings is a summery cut from OTHER WORLDS (aka producers Mr Beatnick and Max Cole, in collaboration), with their version of ‘Paradise’.

Julia’s distinctive voice and individual approach to melody and phrasing has seen her frequently likened to some of jazz’s all-time greats such as Nina Simone and Billie Holiday, whilst she is artistically akin to fellow British exports Lianne La Havas, Amy Winehouse, Corinne Bailey Rae, Laura Mvula and even Adele.

Championed by UK jazz’s biggest export, Jamie Cullum, 2015 has seen her performing headline shows with her band at major jazz festivals across Europe and in the U.S.A. A former Perrier Jazz Vocalist of the Year winner, she has just been nominated for the prestigious MOBO Best Jazz Act, won last year by Gilles Peterson-approved singer Zara McFarlane, proving her star is firmly on the ascendant.

Of the new EP Julia says, “It’s been incredible to hear these songs and my voice so totally re-imagined. Right from when we started mixing the ‘Love Letters and Other Missiles’ album, I couldn’t wait to put the audio in the hands of other producers to hear what they could create out of it.”

And what they have created is a body of work in ‘Licence To Be Cruel’ that has made Julia’s music sound more relevant to contemporary audiences than it has ever sounded before.