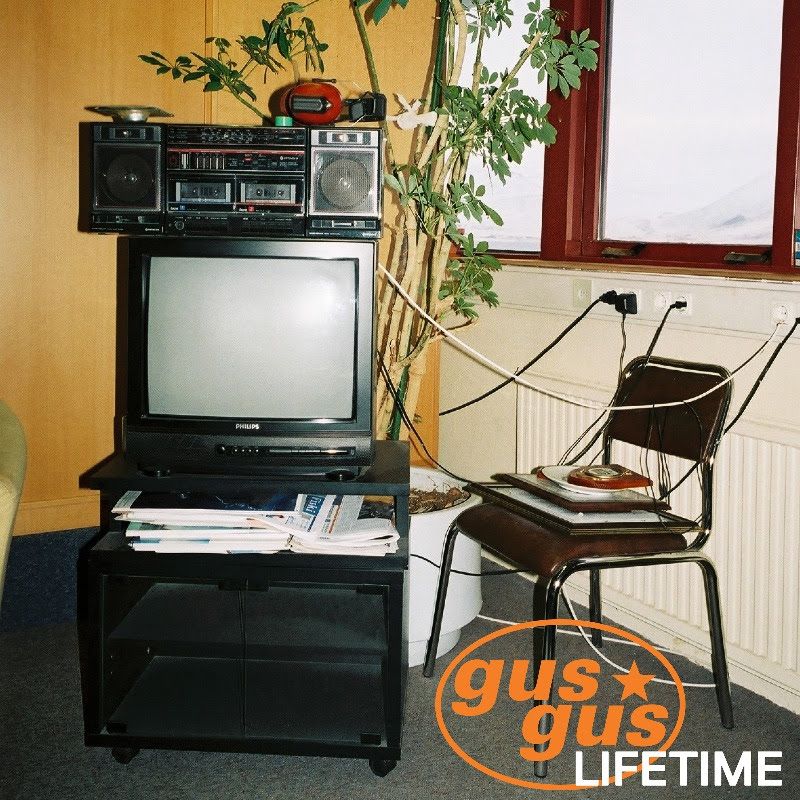 Displaying ample dynamism and versatility across the entirety of their back catalogue, Lifetime and CO2 are continued examples of Gusgus’ rare aptitude for modernising classic elements from the Italodisco, Synthwave and neo-electro eras. This perfectly refined skill set has not only contributed to the longevity of the groups’ career, but has also ensured their relevance in a consistently changing music scene.

Lifetime is a euphoric Italo-synth inspired staple, hosting synthesized arpeggios and an ensnaring melody that harmonises seamlessly with Daníel Ágúst’s reverbed vocal offering. The two intertwined make for an intoxicating and nostalgic experience that further cements the collective in their position as pioneers of alternative and progressive dance music.

On the flip, the single’s brooding counterpart CO2 is an expertly configured instrumental offering, showcasing darkwave infused Techno in its most tailored form, courtesy of tech-head Biggi Veira and his unrivalled mastery of analogue hardware.

With Biggi and Daníel at the helm, the collective has seen a rotating cast of members, all of whom have contributed to the artistic vibrancy that has defined the group and its production output over the last two decades. As Gusgus ready themselves for a UK Tour that will cover Dublin, Glasgow and London, they can rest assure that their studio efforts have firmly re-asserted their status as innovators of the electronic music world, with a discography that only grows to hold more future classics.


Keep up to date on all upcoming Gusgus news, releases and tour dates through their socials below: