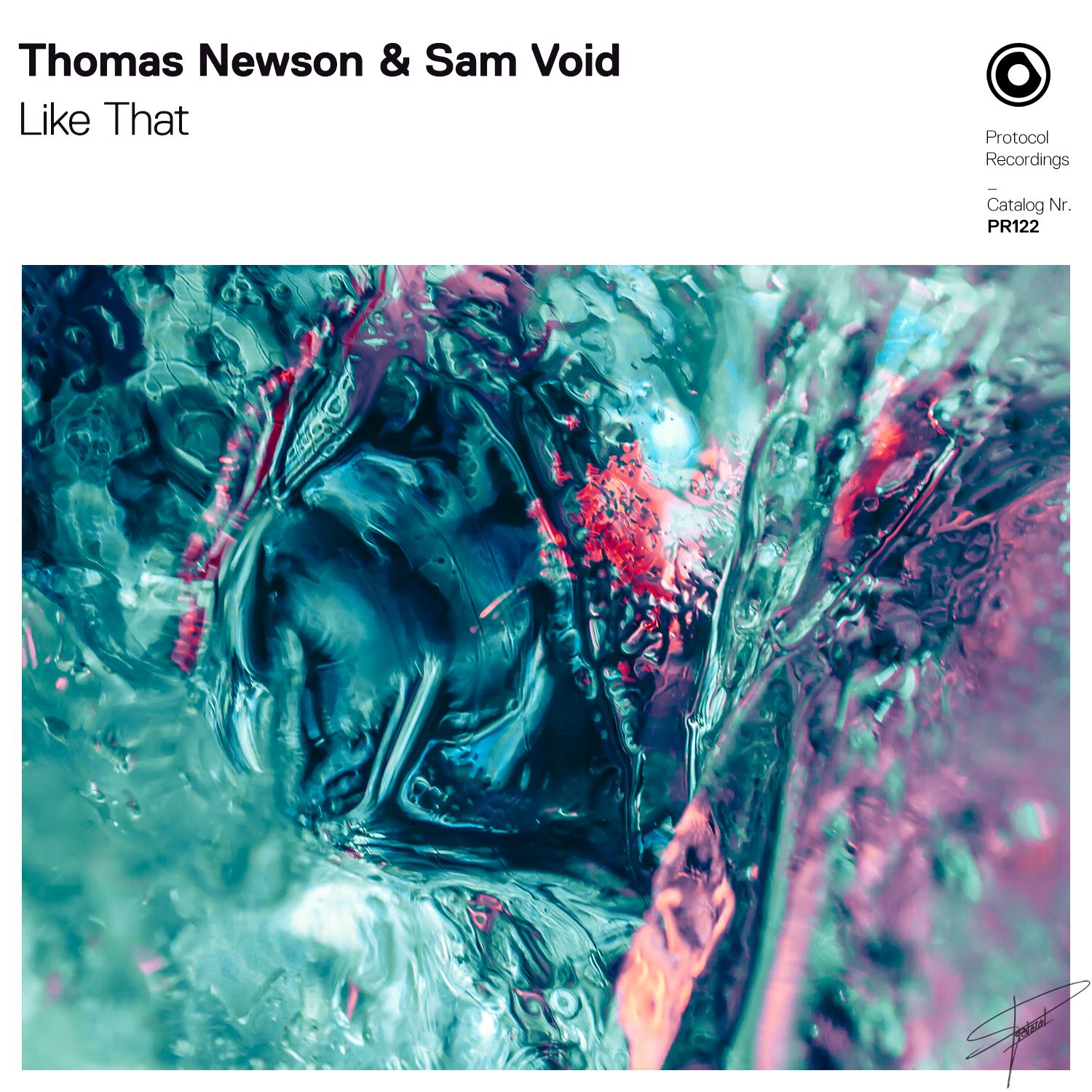 Thomas Newson and Sam Void are back on Protocol with their dancefloor-friendly, dynamic house track "Like That." Void teamed up with fellow Dutchman Thomas Newson for a record that breaks the traditional house mold with metallic percussion and UK garage-inspired synths, bringing the heat with a bouncy bassline that makes your body move. The Protocol veteran is still riding the wave from his recent release "Pressure" with Maximals, but this proves he doesn't plan on resting anytime soon. The different sounds of "Pressure" – a vocal, progressive house gem – and "Like That" define both, Sam and Protocol as leaders at the forefront of the musical diversification going on in modern electronic music. Both Void and Newson will be part of the "Nicky Romero Presents: Protocol x ADE '18" during the label's annual showcase at ADE this year, so make sure to witness the magic of their live performances if you’re planning to attend. "Like That" is Thomas Newson's 3rd release on the label (after 2014's "Blizzard" and 2015's "Black")

Founded by Nicky Romero, Protocol Recordings is one of the leading imprints for innovative house music; it boasts a roster of heavy-hitters complemented with immensely talented up-and-comers, all with a diverse range of sounds that are guaranteed to light up a dance floor. Among them is Sam Void, who has has been a part of Protocol since early in his career. Void's remix of Nicky Romero and Nile Rodger's "Future Funk" has amassed over 2 million streams to date, and his recent music has hinted at much more potential for the rising star. Void's first original track "Young" has been supported by Nicky Romero, Tiesto, Martin Garrix and more. Marco V's son Thomas Newson is best known for his releases on Hardwell's Revealed Recordings, Spinnin' Records, Armada, and Flamingo Recordings, and now joins the Protocol family with the release of "Like That." Keep up to date on the latest from Sam Void, Thomas Newson and Protocol Recordings.